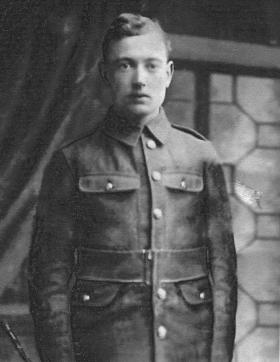 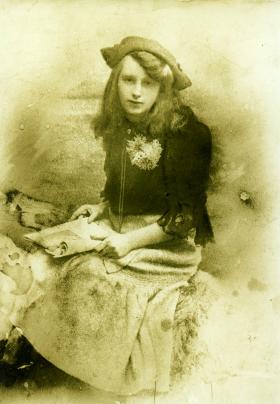 4 November 1918: The death of Widow Catherine Heatley [27] in the Liberties of Dublin on this day from the Spanish Flu. She was the mother of three young boys. That Winter this virulent Global Pandemic was sweeping through the City as thousands fell victim to its deadly effects.
It seemed to have reached the shores of Ireland in May that year through the port of Cobh or Queenstown as it was then known - probably by US sailors returning from a port in France.

The first wave while deadly was not seen as particularly threatening to the general population. It then returned in full strength in the autumn and early winter of that year, and reappeared for a final deadly bout in the early months of 1919. It received the description ‘Spanish Flu’ from the outbreak in Spain where the lack of wartime censorship of the newspapers meant that it was freely reported. King Alfonso himself was struck down and that really brought it to International attention - but he survived.

Eventually it was too big to ignore and it was soon obvious that the World was dealing with a vast and deadly plague that swept across numerous States and Nations killing millions of people. After four years of World War when many people, especially those in the Armed Forces of the belligerent Powers were thrown together in crowded circumstances and food was limited for the general populace in many countries then conditions were ripe for a virus to grow and spread rapidly.

By late Autumn it was ravaging urban quarters in Ireland and in particular the younger and healthier folk were the worst effected. In Ireland 20,057 people were reported as having died of influenza in 1918 and 1919. In 1918, 22.7% of all deaths from influenza in Ireland were of people aged between 25 and 35; in 1919 the figure for this age group was 18.95%. In fact these figures are almost certainly conservative estimates. Many people were swept away whose names were never remembered as having ‘died of the Great Flu’ but whose general health had been seriously undermined by its depilating effects.


Individuals employed in occupations involving close contact with the general public were more likely to contract influenza. Doctors and nurses were particularly exposed. The high number of Dublin teachers suffering from influenza in October 1918 led to the closure of schools in the city. Absence owing to influenza depleted police forces throughout Ireland. Public transport employees were also vulnerable, and in Belfast 100 tramway employees were absent with influenza during July 1918, and 120 in November. Priests and clergymen were also in the front line, and a lot of them died. Staff illness forced the closure of shops, with many shopkeepers and assistants dying.
https://www.historyireland.com/20th-century-contemporary-history/greatest-killer-of-the-twentieth-century-the-great-flu-of-1918-19/

But these are facts and statistics that don't catch the pathos and tragedy of the deaths of so many people to this deadly Virus - especially those in the prime of Life.
The death of Catherine Heatley nee Moran was one particularly tragic case. In 1910 when she was 19 years of age she married Charles Heatley [also 19] and they had three children together - all boys. In 1914 the Great War broke out and Charles joined the local Regiment - the Royal Dublin Fusiliers. After service at Gallipoli he was posted to France and was lost on 1 July 1916 eventually listed as ‘Missing Presumed Dead’.

Catherine was left to rear three young lads on her own. She was fortunate that she had a good two room flat in Bride St in the City Centre and that her own parents lived nearby & that she was in receipt of a War Widows Pension. However when the Great Flu struck in late 1ate 1918 she fell victim to it and it carried her away. She died at her parents place in Nicholas St in Dublin City Centre. It is said that her three sons were at her bedside when she finally succumbed.

For years her grave in Glasnevin Cemetery laid unmarked but her grandson has now erected a gravestone over where she lays buried. Thus her name is saved from oblivion while her husband remains are beneath the soil somewhere in Picardy unknown to anyone. His name though is recorded on the Memorial at Thiepval on the site of the Somme battlefield.