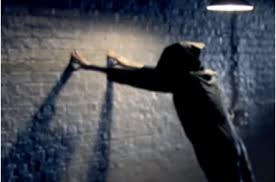 18‭ ‬January‭ ‬1978:‭ ‬Britain was found Guilty by the European Court of Human Rights of the inhuman and degrading treatment of internees on this day under Article‭ ‬3‭ ‬of the European Convention on Human Rights.‭ ‬This decision was reached after a submission to the Court by the Irish Government of the day that Britain had tortured prisoners taken at the time Internment was introduced in August‭ ‬1971.‭ ‬While many men so taken were roughed up and indeed beaten one particular group was singled out for particularly harsh treatment.‭

The British had learnt from their contacts behind the Iron Curtain that robust and brutal interrogation methods if applied in a specific and methodological way could prove effective in breaking a prisoner into confessing.‭ ‬It was decided that when Internment was brought in that a select group of Internees would be used as‭ ‘‬Guinea Pigs’ to see if it was possible to gain information otherwise not forthcoming through other ways of interrogation.‭

More than 1,000 people would be interned, but just 14 men would be brought to the secret compound in Ballykelly, Co Derry. They did not see it, for they were hooded, and they did not know for many years where they had been.


The methods used were:


Deceiving detainees into believing that they were to be thrown from highflying helicopters.‭ ‬In reality the blindfolded detainees were thrown from a helicopter that hovered approximately‭ ‬4‭ ‬feet above the ground.‭


Forcing detainees to run an obstacle course over broken glass and rough ground whilst being beaten.‭

They had been secretly moved from the internment clearing centres to a destination unknown to them and held for seven days.‭ ‬They had hoods on their heads throughout,‭ ‬and had no idea where they were.‭ ‬They were continually beaten throughout the time they were being subjected to this.‭ ‬Many of the men subjected to such an ordeal never fully recovered from their experience.‭ ‬Eventually word got out as to what was afoot and Ted Heath,‭ ‬the British Prime Minister had no alternative but to tell his Intelligence Services to back off as a Public Outcry gathered apace.