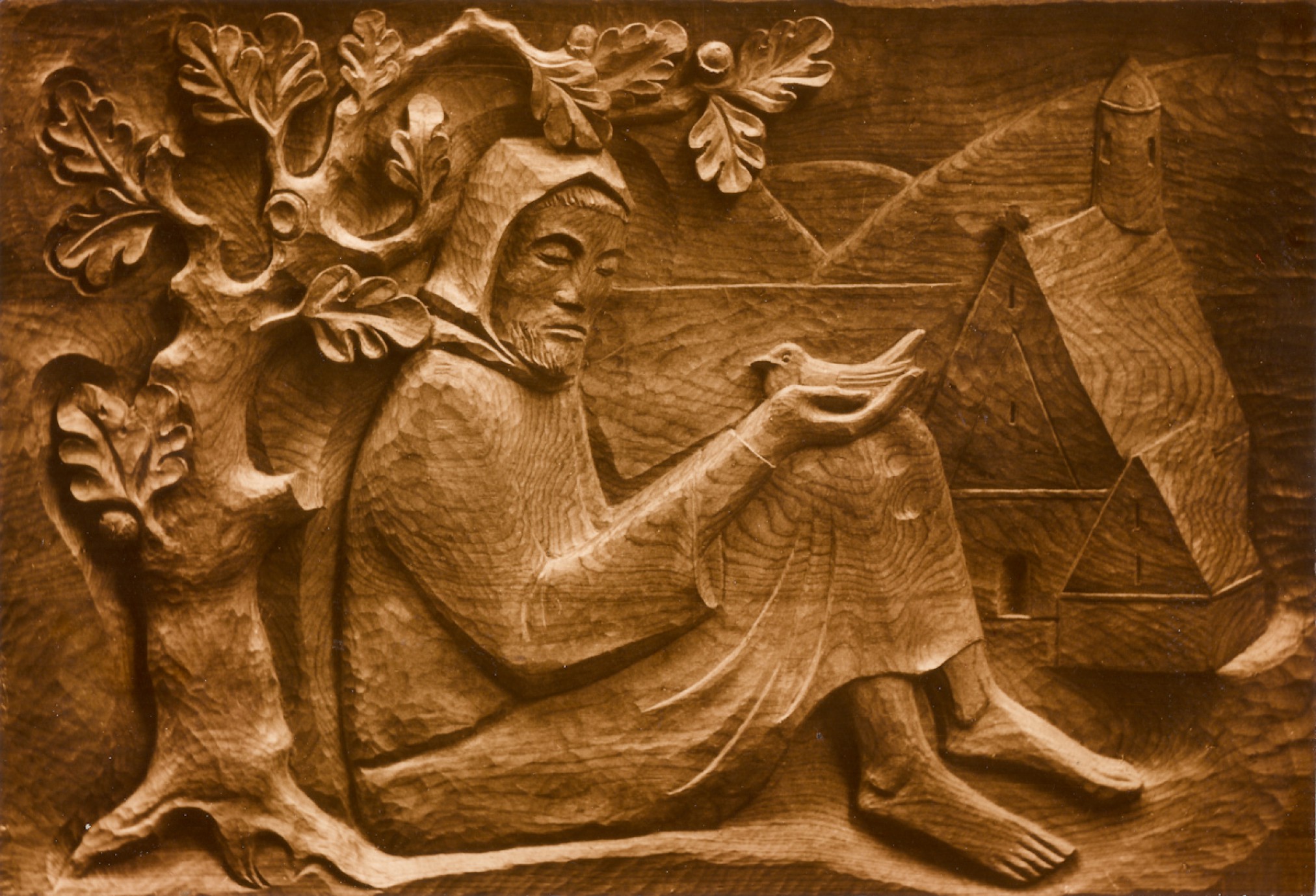 3 June 618 AD: The death of St Kevin/Naomh Caoimhghin at Glendaloch ( Gleann Da Locha - The Valley of the two Lakes) on this day.

Caoimhghin means of fair birth and it would seem that St Kevin was born into a dominant family whose People controlled what is now north Wicklow in the 6th century. He was baptized by Cronan, and educated by St Petroc during that saint's sojourn in Ireland. He lived in solitude at Disert-Coemgen for seven years, sleeping on a dolmen (now known as "Saint Kevin's Bed") perched on a perilous precipice, that an angel had led him to, and later established a church for his own community at Glendalough. This monastery was to become the parent of several others. Eventually, Glendalough, with its seven churches, became one of the chief pilgrimage destinations in Ireland.

St. Kevin is said to have first lived in Kilnamanagh (church of the monks) in what is modern-day Tallaght, Dublin 24, but moved on to Glendalough in order to avoid the company of his followers, a group of monks who founded a monastery on the site. Locals say that it was his monastery that was demolished by developers in the 1970s when building the housing estate that is there today. St. Kevin’s well is all that remains today as the plot was unsuitable for building. It is now surrounded by a garden kept by locals in the saint’s honour. St. Kevin is today the patron saint of the Kilnamanagh parish.

After Bishop Lugidus ordained Kevin a priest he left Killnamanagh and set out to find his own hermitage. On arrival in Glendalough Kevin chose the area of the upper lake and settled on the south side of the foot of that lake in St. Kevin's Bed, an artificial cave about thirty feet above the level of the lake which was originally a Bronze Age tomb. Kevin lived the life of a hermit there with an extraordinary closeness to nature, his companions were the animals and birds all around him. He lived as a hermit for seven years wearing only animal skins, sleeping on stones and eating very sparingly.

Disciples were soon attracted to Kevin and establishment of a further settlement enclosed by a wall, called Kevin's Cell and Reefert Church, situated nearer the lakeshore. All this building and expansion would have bothered Kevin who never really wanted to leave his hermit's life and seemed to have sought solitude and the life of a hermit whenever possible. By 540 Saint Kevin's fame as a teacher and holy man had spread far and wide. Many people came to seek his help and guidance.In time Glendalough grew into a renowned seminary of saints and scholars.

In 544 Kevin went to the Hill of Uisneach in Co.Westmeath to establish a league of brotherly friendship with other holy abbots. Until his death around 618 Kevin presided over his monastery in Glendalough, living his life by fasting, praying and teaching.
Image: http://www.imogenstuart.com