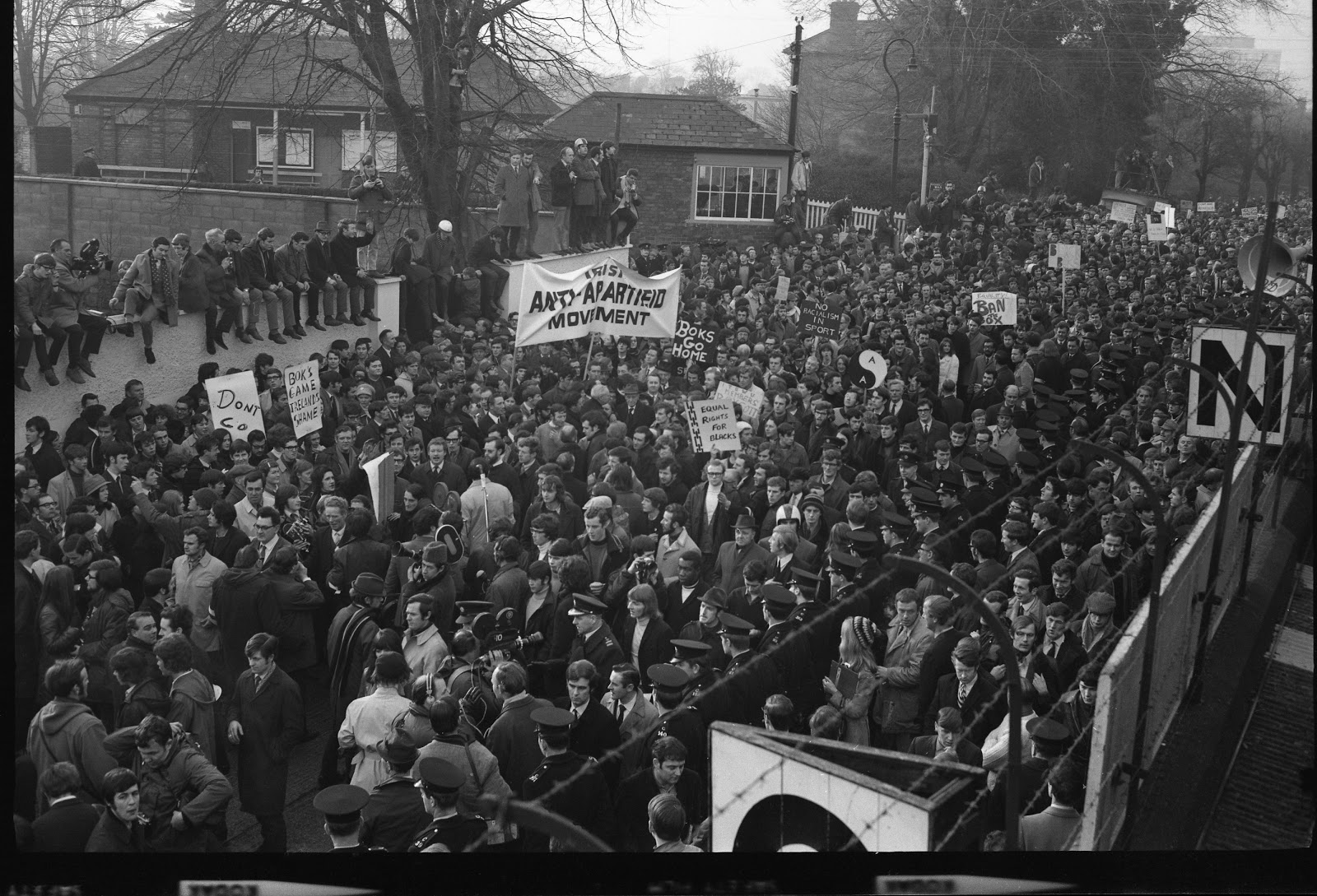 10 January 1970: A major Anti Apartheid march and rally by some 6,000 people took place in Dublin to the Irish Rugby Union’s grounds in Lansdowne Road, Dublin on this day. They were protesting against the tour by the South African Rugby Team and that State’s discrimination against many of its people on racial grounds.

While generally peaceful a small section of the crowd arrived there to cause trouble. They attacked members of the Garda Siochana who responded in kind. A mini riot broke out and people were in danger of being crushed as things turned nasty. Eventually order was restored and a potentially tragic situation was averted.


Inside before a large crowd Ireland held the visitors to an 8-8 Draw. This was probably the first mass demonstration in Ireland against Apartheid and marked an upsurge in Irish support for the overthrow of White Rule in South Africa.