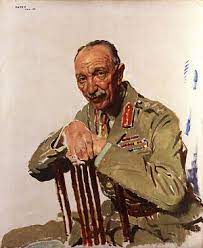 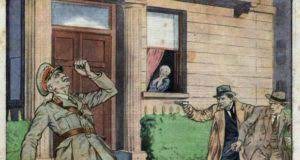 22 June 1922: Field-marshal Sir Henry Wilson was assassinated by the IRA on this day. He was gunned down as he approached the steps of his London home at 36 Eaton Place, Belgravia whilst returning home from unveiling a war memorial at Liverpool Street station. His killers were Reginald Dunne & Joseph O'Sullivan both members of London IRA.

Field Marshal Sir Henry Hughes Wilson, 1st Baronet, GCB, DSO was a notorious figure in the eyes of Irish Republicans he had a distinguished military career but a controversial ‘political’ one. He was born at Currygrane Ballinalee, County Longford to a minor Anglo-Irish family and was a Unionist to his fingertips. He joined the British Regular Army in 1884. He was wounded in action fighting the Burmese in 1887 at the tail end of the 3rd Burmese War which left him with a permanent facial disfigurement.

After avoiding overseas service Wilson graduated from Staff College in December 1893 and was immediately promoted captain, on 5 May 1895 his 31st birthday, he took over from Repington as staff captain of section A thus making him the youngest staff officer in the British Army. He served in the South Africa War [1899-1902] on the Staff & was highly critical of the way military operations were conducted. On his return to London he resumed his previous positions but gained a reputation as a schemer. Through talent and serious wire pulling he worked his way up to become Commandant Staff College, Camberley  in January 1907.

In 1910 Wilson became Director of Military Operations at the British War Office. As its Director he played a vital role in drawing up plans to deploy an Expeditionary Force to France in the event of war. During these years Wilson acquired a reputation as a political intriguer for his role in agitating for the introduction of conscription and in the Curragh incident of 1914, when he encouraged senior officers to resign rather than move against the Ulster Volunteers (UVF).

He planned deeply for what he saw as an inevitable war with Germany and he laid the military groundwork for co-operation with France in the event of it happening. When the Great War started in 1914 he was instrumental in determining when and where the BEF would be deployed. He is generally seen as the ‘brains’ behind the logistics of getting a British Army into France and on the frontlines within weeks of the outbreak of hostilities. This played a small but vital part in the defeat of Germany’s Schlieffen Plan to knock France out of the War in a matter of weeks. If Wilson has a historical legacy in the international sphere then this is what he is remembered for.

He played an important role in Anglo-French military relations in 1915 and after his only experience of field command as a corps commander in 1916 he served in senior staff positions and was an ally of the controversial French General Robert Nivelle in early 1917.  In 1918 became Chief of the Imperial General Staff (CIGS) and informally as a military advisor to British Prime Minister David Lloyd George. After the War he was promoted to Field Marshal the highest military rank open to a British Officer. Unlike many other who gained such an exalted rank his was for services as a senior Staff officer rather than for any particular skill on the battlefield. Later on he was the British Permanent Military Representative at the Peace Conference at  Versailles in 1919.

However it was his deepening involvement in Irish politics that sealed his fate. He favoured a hard crackdown by the British Army on the IRA but was aghast at the antics of the Black and Tans. He resigned from the Army early in 1922 and was elected an MP for North Down. He then advised the northern government on security issues and though he made some military suggestions that were more balanced than many of the Orangemen wanted to hear he was nonetheless seen by Irish Republicans as deeply associated with severe and repressive methods against the Catholic and Nationalist populace in the Six Counties.

On the day of his death he attended and unveiled a memorial at Liverpool street  station to members of Great Eastern Railway who had died in the Great War. He returned to his home at 36 Eaton Place Belgravia by taxi and as he alighted he was gunned down by two members of the London IRA - Reginald Dunne and Joseph O'Sullivan both ex servicemen who had served in the War. He was in full uniform and tried to confront his attackers but he fell to six bullets two of which were fatal.

Wilson made for the door as best he could and actually reached the doorstep when I encountered him at a range of 7 or 8 feet. I fired three shots rapidly, the last one from the hip, as I took a step forward. Wilson was now uttering short cries and in a doubled up position staggered toward the edge of the pavement. At this point Joe fired once again and the last I saw of him he had collapsed.

In the immediate aftermath both Dunne and O’Sullivan were chased by police and members of the public and Dunne was beaten unconscious.
Wilson's assassination sent shock waves through the British Establishment and they let it be known in no uncertain terms that they blamed the anti Treaty IRA holed up in the Four Courts Dublin for this Outrage. They demanded that the Provisional Free State Government take immediate action or they would do it themselves. This was the catalyst for the outbreak of the Irish Civil War on 28 June 1922.
Who actually ordered the shooting of Wilson is still a matter of debate and the culprits range from Michael Collins to Rory O’Conner to Dunne and O’Sullivan acting off their own bat.  As they had only decided to attack the previous evening & even on the day Sullivan had been at work until 1pm plus they had no getaway plan points towards this being an independent operation by themselves. Planned or not there is no doubt that Wilson was the highest ranking British Army Officer ever to fall victim to the guns of the IRA.
Wilson's funeral was a public affair attended by Lloyd George and the cabinet. Generals Foch, Nivelle and Weygand from France as well as many of his former army colleagues including French, Macready, Haig and Robertson were there to pay their respects. He was buried in the crypt of St Paul's Cathedral between the Anglo Irish Generals Garnet Wolseley and Field Marshal Roberts.
Dunne & O’Sullivan were executed by the British on 10 August 1922 in Wandsworth jail. In   1967 their remains were reburied in Deans Grange Cemetery Dublin Ireland.
Portrait by Sir William Orpen
An artist’s impression of Sir Henry Wilson’s killing that appeared on the cover of French newspaper Le Petit Journal.