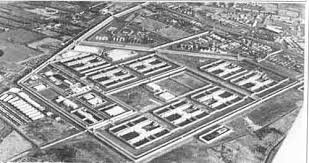 18 December 1980: The 1st Hunger Strike in Long Kesh dramatically and suddenly ended on this day. The strike had been called in late October as a means of winning Political Status for the Republican prisoners who had been captured during the conflict. Since 1976 anyone convicted before the North’s special courts had been deemed a ‘criminal’ and been treated accordingly. The prisoners so convicted and held in the jails were not prepared to accept this and many went ‘on the blanket’. By late 1980 the situation had reached such a stage that seven men volunteered to go on Hunger Strike to win a set of demands that would in effect give them the status of political prisoners. These men were:


On the night of the 18th of that month the British put before the men in Long Kesh a set of proposals that they claimed would allow the Strike to be called off without loss of face and give them the substance of what they wanted. One of the prisoners, Sean McKenna, was in a bad way by this stage and close to going blind. After considering the offer the prisoners decided to accept the assurances of the British Government and end their action.


They issued a Statement that included the following lines:


In ending our hunger strike, we make it clear that failure by the British Government to act in a responsible manner towards ending the conditions which forced us on to a hunger strike will not only lead to inevitable and continual strife within the H-Blocks, but will show quite clearly the intransigence of the British Government.
As it turned out their suspicions were well founded as Mrs Thatcher reneged on the deal and her bad faith led to the second great Hunger Strike of 1981 that was to prove a watershed in Irish Politics.