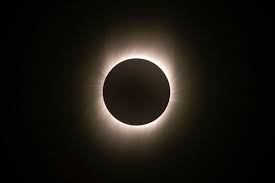 1 May 664 AD: Solar Eclipse seen in Ireland on this day. This was probably witnessed in central and northern Ireland as it was also recorded over northern England too.


Darkness on the Kalends of May at the ninth hour

By working backwards from our times to then astronomers are able to accurately fix the time on that day that the eclipse was at its deepest - 16.50 hours.

Such an event would have startled and bewildered the people of that time. To them it would have been seen as an evil portent. And indeed so it proved to be as late that Summer the Plague struck in Ireland and devastated the Country.