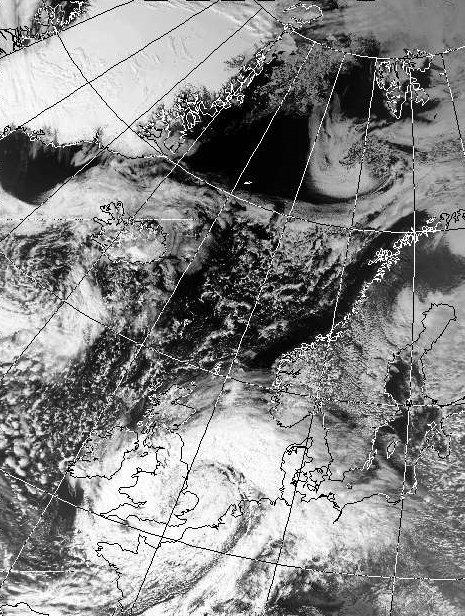 25 August 1986: Hurricane Charley swept across Ireland causing devastation in its wake on this night.

In Ireland the wind blows mainly from the west and it usually brings mild but somewhat wet weather across the island. This weather pattern along with the Gulf Stream ensures that the Country for its latitude enjoys a temperate climate that belies its position on the map of the globe. Sometimes though things take a different turn and the tail ends of powerful Hurricanes that emanate from the Caribbean make their way across the Atlantic and wreak devastation here. Such a one was the infamous ‘Hurricane Charley’ that hit Ireland  on the night of 25 August 1986.

The hurricane had first been spotted off the South Carolina coast of the USA on the 15 August. It then made its way up along the east coast causing a fair degree of damage. By the 20th it was south of Nova Scotia moving east out into the Atlantic and losing strength rapidly. At that stage it was downgraded to a Tropical Storm. But while still out in the Atlantic it deepened again and split in two. The more powerful half then rapidly made its way towards Ireland. It reached the south west coast on the evening of Sunday 24 August and spread country wide on the following day with light to heavy rain and strong winds.

However it was only when it reached the east coast that its full power and fury was unleashed. It was in Little Bray County Dublin that it caused the most damage with the river Dargle bursting its banks and causing the evacuation of over 1,000 people to safety to higher ground. Elsewhere too it caused severe disruption with the river Dodder area in Ballsbridge in Dublin also hit hard. In the Phoenix Park hundreds of trees were destroyed and for sure it was not the only place in Ireland that night that suffered arboreal devastation. I think though for those who remember it the most memorable feature was the huge and terrifying winds combined with the tremendous amounts of rain that fell. My own house actually had water flowing into the bedroom!  It truly was a Storm that anyone who lived through it would never forget.
http://www.met.ie/climate-ireland/weather-events/Aug1986_HurCharlie.pdf