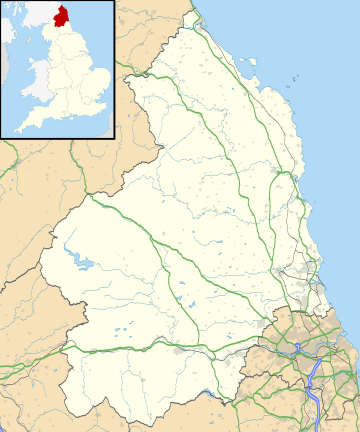 31‭ August 651 AD: the death of St Aiden of Lindisfarne on this day. Today the name of Saint Aiden is little remembered outside of being a popular name for Irish boys. But in his day and the years following his death his name was held in some reverence - none more so than amongst the English of Northhumbria - that is the part of England that lies to the north of the river Humber.

Once the people of Roman Britain had been mainly Christian, but in the years following the withdrawal of the last of the Empire’s Legions in the early 5th century the island lay open to Invasion. Soon barbarians flooded in from the north west coast of Europe, none more so than the Angles, Saxons and Jutes - commonly called today the ‘Anglo Saxons’. At the time though what later became the Kingdom of England was divided into warring States each with its own king and separate and conflicting interests.

In 563AD Saint Columba had crossed the sea between Ireland and Scotland and set up a Mission on the tiny island of Iona. From here he sent out missionaries to convert the people of Scotland to the Faith. Given the great success that was achieved there inevitably attention turned  to those who lived in the English kingdoms as to how they would be converted. Missionaries from Canterbury in southern England had already had some success in Northumbria. The big breakthrough came 633 AD when King Oswald became the ruler of Bernicia in northern Northhumbria. Oswald had been in exile on Iona and was much impressed with the piety and determination of the monks there to spread the Faith amongst the pagans of England.

‘He gave Aiden a commanding outcrop on the North Sea coast called ‘Lindisfarne’ aka ‘Holy Island’. Initially, Aidan concentrated his missionary work to Oswald’s kingdom, with Oswald himself often acting as Aidan’s interpreter. Later Aidan founded churches and monasteries, freeing slave boys and training them to serve in the Church. He encouraged the laity to follow monastic practices such as fasting and meditation on the Gospels and lived himself in poverty. With Oswald’s death in 642 AD, Aidan became friends with Oswin, the king of the southern Northumbrian kingdom of Deira.
Aidan died on 31 August 651 AD at Bamburgh. His body was taken to Lindisfarne and buried in the cemetery. Some time later, his bones were removed to the monastery church. Lindisfarne was sacked by the Vikings in 793 AD, after which Aidan’s reputation diminished somewhat.’

However, the venerable Bede thought very highly of Aidan, perhaps more than of any other saint, and wrote of him:

“He neither sought nor loved anything of this world, but delighted in distributing immediately to the poor whatever was given to him by kings or rich men of the world. He traversed both town and country on foot, never on horseback, unless compelled by some urgent necessity. Wherever on his way he saw any, either rich or poor, he invited them, if pagans, to embrace the mystery of the faith; or if they were believers, he sought to strengthen them in their faith and stir them up by words and actions to alms and good works.”
http://www.st-aidans-parish.org.uk/st_aidan.htm

He is known as the Apostle of Northumbria and is recognised as a saint by the Orthodox Church, the Roman Catholic Church, the Anglican Communion and others.