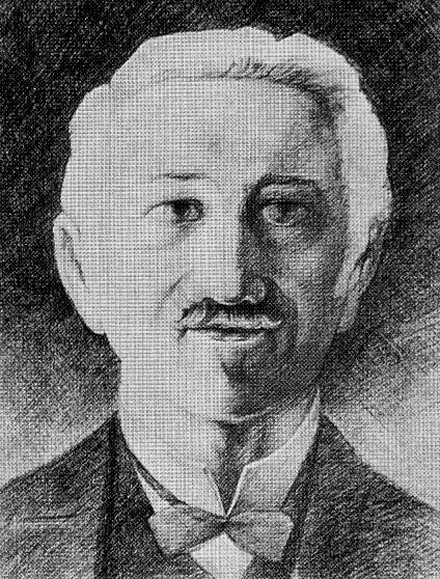 7‭ ‬June‭ ‬1925: The death of Matt Talbot on this day. He was a reformed alcoholic who turned from a life consumed by Drink to one of physical hardship and mortification devoted to religious worship. Matt was born into a large family in Dublin City in 1856. When he was just 12 years old he started to drink and became addicted. He tried numerous times to give it up but met with only temporary success. When he was 28 years old he took the Pledge and kept it until his death 41 years later. A Priest advised him to follow the ways of the early Monks & Holy Men of Ireland in avoiding the Temptations of the Flesh. He henceforth lived a Life of rigorous Work and Prayer.

He fasted constantly.‭ His breakfast consisted of cocoa prepared the previous evening by his sister, which he often drank cold. With this he ate some dry bread. For his midday meal he had cocoa to which he would add a pinch of tea, and again drank cold. With this he took a slice of bread. His sister would bring him a small evening meal. If she brought fish he would insist that she take it home with her and would make do with bread soaked in the fish juice.

On Sundays he remained in the church for every Mass.‭ Only on returning to his room at about 2 p.m. would he break his fast for the first time since 6.30 p.m. the previous day. The remainder of the day was spent in prayer, reading the Scriptures and the lives of the saints. He gave all his money to neighbours in need and to the missions.
‭Matt Talbot mortified himself rigorously. He slept on a plank bed with a piece of timber for a pillow. This left his face numb in later years. He slept in chains, which he wore for 14 years before his death, round his leg and on his body.
Reality‭ (July/August 1999), a Redemptorist Publication

He collapsed and died on his way to Mass on Trinity Sunday,‭ ‬7 June‭ 1925 at Granby Row in Dublin’s Inner City.  On 6 November 1931, Archbishop Byrne of Dublin opened a sworn inquiry into the alleged claims to holiness of the former dock worker. The Apostolic Process, the official sworn inquiry at the Vatican, began in 1947.

On 3 October 1975 Pope Paul VI declared him to be Venerable Matt Talbot, which is a step on the road to his canonisation, a process which needs evidence of a physical miracle in order to be successful. His story soon became known to the large Irish émigré communities. Countless addiction clinics, youth hostels, statues and more have been named after him throughout the world from Nebraska to Warsaw to Sydney. One of Dublin's main bridges is also named after him. Pope John Paul II, as a young man, wrote a paper on him.

Talbot's remains were removed from Glasnevin Cemetery to Our Lady of Lourdes church on Seán McDermott Street, Dublin, in 1972. The tomb has a glass panel through which the coffin may be seen. On his coffin is inscribed the following words:
'The Servant of God, Matthew Talbot.'
There is a small plaque in Granby Lane at the site of Matt Talbot's death.