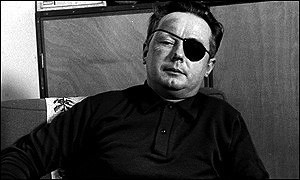 
The IRA Leader had embarked upon a Hunger Strike soon after he was arrested. He was convicted of being ‘a member of an unlawful organisation’ and as his condition was deteriorating he was sent to the Mater Hospital where he was to be placed under observation. That Sunday afternoon a crowd of about seven thousand people had gathered outside the GPO and marched to the hospital to demand his release. Later that night a rescue party of eight IRA men, two disguised as Priests and the others as Hospital Doctors tried to free Mac Stiofáin but were themselves captured. Two of the men had guns, and shots were exchanged with Special Branch detectives, resulting in minor injuries to a detective, two civilians and one of the raiders. The Prisoner was then transferred by helicopter to the Curragh General Military Hospital to serve the rest of his six month sentence while his erstwhile rescuers were each sent down for seven years for their audacity when they in turn faced the Courts.