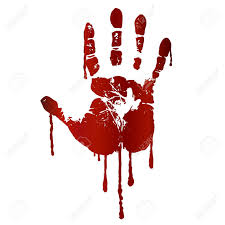 21 September 1795: The Battle of the Diamond on this day. This deadly encounter took place at a little crossroads in north County Armagh between the Protestant ‘Peep O Day Boys’ and the Catholic ‘Defenders’, both of which were semi paramilitary groups fighting for power in the County at that time. While there was always tension between the adherents of both religions this was exacerbated by the situation in Armagh where the Linen industry was the economic powerhouse of the County and indeed one of the major industries in Ireland at that time. Both sides wanted a cut of the economic benefits that ensued from this lucrative industry but the Protestants viewed the steady encroachment of the Catholics into an Industry they saw as ‘theirs’ as something to be stamped out.

Tension had been building in the area for days and attempts at mediation had met with a certain level of success. The Protestants though were clearly being reinforced with weaponry as numbers of ‘off duty’ members of the Crown Forces arrived on the scene, which gave them a considerable advantage over their opponents in anything other than a melee. By the morning of Monday 21 September it looked like the situation had calmed down enough that hundreds of men from both sides gathered on the hills around the area would depart and bloodshed would be avoided.

But as dawn broke the Defenders, egged on by men who had marched for miles to help them, descended onto the crossroads itself and seized the homestead of Dan Winter, a local Protestant. Daniel Winter and his sons defended their property as long as possible, having to retreat to the Diamond Hill when the thatch was fired. This was the trigger for the engagement to begin in earnest. The Protestants lined up their musket men along the brow of the hill and proceeded to open fire on the Catholics gathered around the Diamond.

From this position, they gained three crucial advantages: the ability to comfortably rest their muskets, allowing for more accurate shooting; and a steep up-hill location which made it hard for attackers to scale; and a direct line-of-sight to Winter's cottage which the Defenders made their rallying point. It was all over very fast with the Defenders been cut down in droves in what in effect was a Massacre. Perhaps as many as 30 Catholics lay dead and many scores more were wounded. The Defenders then fled taking as many of their injured men with them as they could carry.

In the aftermath of the ‘battle’, the Peep o' Day Boys retired to James Sloans inn in Loughgall, and it was here that James Wilson, Dan Winter, and James Sloan would found the Orange Order with the stated aim of ‘defending the King and his heirs so long as he supported the Protestant Ascendancy’.
In the months that followed and through the winter of 1795-1796 hundreds of Catholic houses were attacked, people killed and injured and their linen looms destroyed in what became known as the 'Armagh Outrages’. It is estimated that over 7,000 Catholic men, women and children were driven from their homes in an orgy of violence - never to return. The effects of that fateful encounter at the Diamond in County Armagh are still with us to this day.