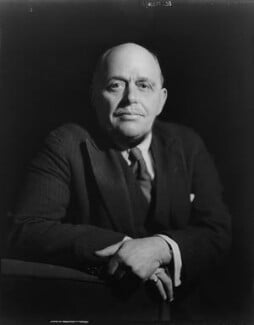 19 February 1921: Brigadier-General Frank Percy Crozier CB, CMG DSO the head of the
‘ Black and Tans’ submitted his resignation on this day. The General was disgusted at the undisciplined antics of many of the ‘cadets’  under his command of the Auxiliary Division of the Royal Irish Constabulary  (RIC). He had made inquiries that seemed to him to point the finger of blame at men under his nominal control in the murder of Father Griffin in Galway and the projected murder of Bishop Fogarty. He had sent back in disgrace 21 of the more outrageous members of his force to Britain only to discover that General Tudor, the overall head of the RIC, had recalled them for duty in Ireland. This proved a catalyst in Crozier deciding to resign his position.

Following questions put to Sir Hamar Greenwood, Chief Secretary for Ireland, by the Irish MP Captain Redmond in the House of Commons this news became public and the affair became an open scandal. The notorious reputation of the ‘Black & Tans’ was further enhanced and their bloody reign was now open for all to see.

Born in Bermuda in 1879 Crozier spent a great deal of his youth in Ireland but was educated in England. He had seen active service in the Boer War and later in Northern Nigeria. He served in World War One leading the 9th Royal Irish Rifles, whose rank and file were drawn from Loyalist West Belfast. He led them 'over the top' on 1 July 1916 and displayed great bravery but also ruthlessness against those who wilted in the advance on the German positions. He was a hard man if ever there was one and an Empire Loyalist to boot. He was somewhat eccentric in his opinions and actions and not everyone found him a trustworthy character. But even he found the actions of some of his subordinates unacceptable and of course no fighting force can survive if discipline is not enforced. In this instance he really had no choice but to resign once his Authority over his men was flouted  by those above him in the Chain of Command.

Crozier drifted off into obscurity after this and spent his last years putting his energies and pen to the cause of peace,  denouncing war as a means of settling international disputes in a series of books that sought to portray war with uncompromising brutality. These included ‘A Brass Hat in No Mans Land’ about his time on the Western Front with amongst others the 36th Ulster Division and  ‘Ireland Forever’ on his time in charge of the ‘Black & Tans’. He died in 1937.