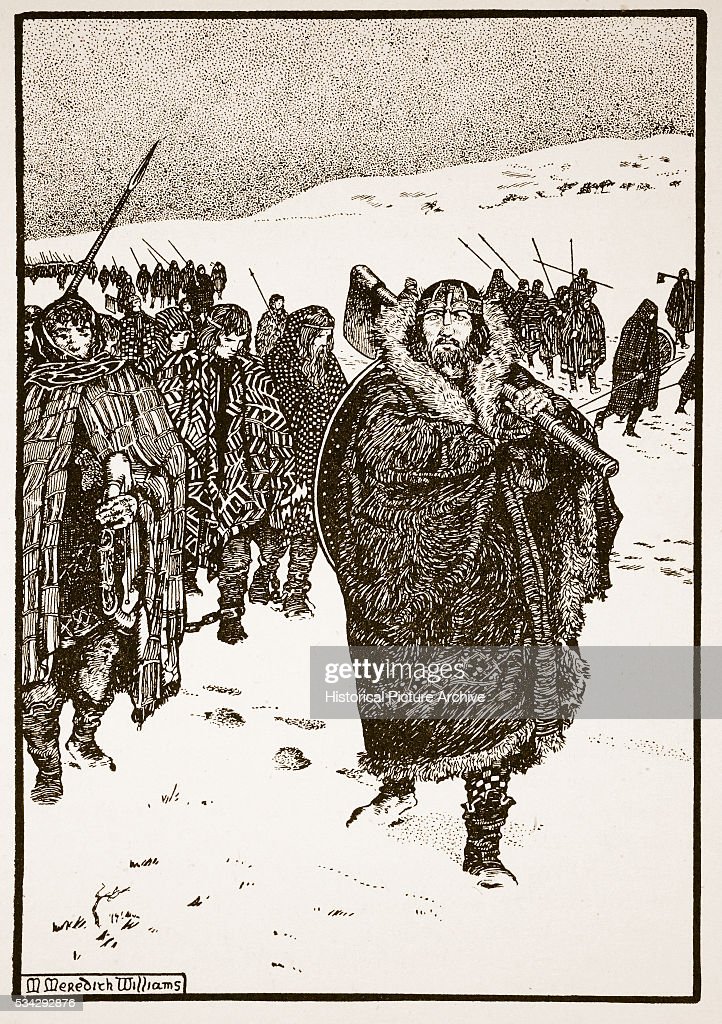 26‭ ‬February 943: The Vikings of Dublin got a lucky break, when they ambushed the heir apparent to the High King, ‘Muirchertach of the Leather Cloaks/ Muirchertach na Cochall Craicinn’ and slew him on this day.

Muirchertach son of Niall,‭ ‬i.e. Muirchertach of the Leather Cloaks, king of Ailech and the Hector of the western world, was killed by the heathens, i.e. by Blacair son of Gothfrith, king of the foreigner, at Glas Liatháin beside Cluain Chaín, in Fir Rois, on the first feria, fourth of the Kalends of March [26 Feb]
Ard Macha was plundered by the same foreigners on the following day,‭ the third of the Kalends of March…
ANNALS OF ULSTER

Muirchertach was the son of Niall Glundubh who had himself been killed fighting the Vikings at Dublin in‭ 919 AD. He had fought and won many battles and in one report is mentioned as leading a naval expedition against the Norsemen of the Hebrides. However he suffered an embarrassing episode in 939 when in a surprise raid his enemies’ ships raided his fortress of Aileach (outside Derry) and carried him off. He was forced to ransom his own release to regain his freedom. ‬

Muirchertach,‭ ‬under the ancient rule of the kingship of Tara alternating between the northern and southern O’Neills, was due to replace King Donnachadh on the latter’s demise. Sometimes though ambition got the better of him and he clashed with his senior colleague and at other times co-operated with him.  Muirchertach married Donnchad's daughter Flann, but relations between the two were not good. Conflict between them is recorded in 927, 929, and 938.

His most remarkable feat came in‭ 941 when he carried out a Circuit of Ireland with a picked force of 1,000 men and secured pledges from all the principal kingdoms and carried away with him hostages as security. The Dalcassians (Brian Boru’s people) alone refused to submit. But Muirchertach eventually handed over all his hostages to Donnachadh as a mark of respect.

But his luck ran out in‭ ‬943 when he was taken by surprise by the Vikings of Dublin somewhere near Ardee, Co Louth. It looks like Muirchertach was attempting to fend off a raid by them that was heading north towards Armagh when he was taken off guard:

Muirchertach son of Niall,‭ ‬heir designate of Ireland, was killed in Áth Firdia by the foreigners of  Ath Cliath,‭ ‬and Ard Macha was plundered by the heathens.
Chronicon Scotorum