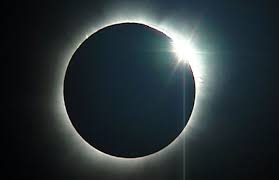 29 October 878 AD: A solar eclipse on the fourth of the Kalends of November [29 October] the twenty-eighth of the moon, on the fourth feria, about the seventh hour of daylight, fifteen solar days having intervened.
The Annals of Ulster 878 AD

This celestial phenomenon was seen as a total eclipse in central and northern Scotland and as a deep eclipse in all of Ireland as well as in parts of England and Wales. It was also recorded in the Anglo-Saxon Chronicle, Regino of Prüm, and annals from Iceland and Fulda in Germany, of which only the last compare with these Annals of Ulster record for accuracy.
Posted by Columba Iona at 15:00