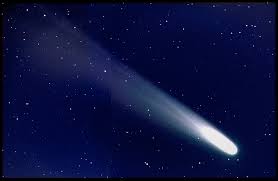 10‭ February 1173: The death of Muiredhach Ua Cobhthaigh [O’Coffey], the Bishop of Cenel-Eoghan on this day. He was a respected ecclesiastical figure in the North of Ireland and the focus of his influence was in the land of Tír Eoghan [Tyrone].

While little is known about him during his time on Earth his eulogy in the Annals makes for interesting reading as to what was expected of an Irish Bishop in the 12th Century. Purity, wisdom and innocence were all prized virtues that Muiredhach practised. He ordained Priests and Deacons. He renovated and consecrated Churches and cemeteries and also built Churches and Monasteries throughout his Diocese. He was a man of great Charity and bestowed food and clothing amongst the wretched and unfortunate of his flock. As his end approached he did penance and made his way on his last pilgrimage to the monastery of Colm Cille at Derry and ‘sent forth his spirit unto heaven’ at this sacred place.

The night of his death coincided with a great astronomical event over the skies of Ireland when what was perhaps a large comet or meteor swept by the Earth at a very close distance overhead:
Now, a great marvel was wrought on the night he died,—the night was illuminated from Nocturne to the call of the cock and the whole world [was] a-blaze and a large mass of fire arose over the place and went south-east and every one arose, it seemed to them it was the day. And it was like that by the sea on the east.
Annals of Ulster 1173 A.D.