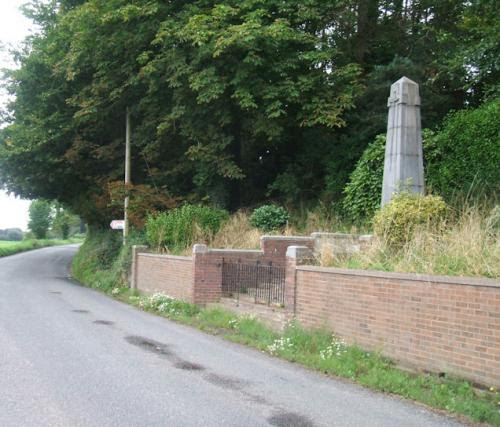 28‭ February 1921: Six IRA men were executed in Victoria Barracks, Cork on this day. The men were shot by firing squad. They were Sean Allen, Timothy McCarthy, Thomas O’Brien, Daniel O’Callaghan, John Lyons and Patrick O’Mahony. All bar the first (Sean Allen from Tipperary) had been captured at Dripsey, outside Cork City on 28 January. As they laid in wait to ambush a British convoy the men were surrounded and captured by the 1st Manchester Regiment.

A local Loyalist Mrs Lindsay had given their position away. The IRA seized her and James Clarke (her Chauffer) as hostages to hold them against the execution of the men. The local British Commander, General Strickland, was informed by letter of the consequences.
The letter he received read:
To General Strickland‭…We are holding Mrs Mary Lindsay and her Chauffeur, James Clarke as hostages. They have been convicted of spying and are under sentence of death. If the five of our men taken at Dripsey are executed on Monday morning as announced by your office, the two hostages will be shot.
Irish Republican Army

Strickland and General‭ ‬Macready, the British Commander in Ireland, dismissed the idea that the threat was real. They did not believe that the Cork IRA would push it that far. Both men doubted that the IRA would kill a woman in cold blood and decided that the sentences should be carried out.
On the morning of the executions a large crowd gathered outside and prayed for the souls of the dead men who were executed in batches. That night the Cork IRA launched a number of attacks against British forces at different locations throughout the City. Six British soldiers were killed and four were seriously wounded.

Two other men captured at Dripsey were still detained in military custody:‭ ‬Captain James Barrett and Volunteer Denis Murphy. Barrett died in captivity on 22 March 1921. Murphy stood trial in Victoria Barracks on 9 March, he was found guilty and sentenced to death but this sentence was later commuted to one of 25 years' imprisonment.Following the trial of Volunteer Denis Murphy the Cork IRA executed Mrs.‭ Lindsay and James Clarke.‬