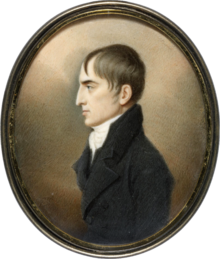 23‭ July 1803: Robert Emmet’s Rising took place on this day. Unfortunately the whole affair was a fiasco due to a series of unforeseen circumstances. Emmet quickly lost control of the situation and he called it off to avoid a massacre of his followers. Due to an accidental explosion of an arms depot in Patrick St Dublin the week before the date for the Rising was brought forth to 23 July. Emmet felt that Dublin Castle was on to him and he dared not wait any longer before striking for Ireland’s Freedom.

On the day of the Rising Robert Emmet stood in Thomas Street Dublin and issued a Proclamation of Independence:

To
THE PEOPLE OF IRELAND

You are now called on to shew to the world that you are competent to take your place among nations, that you have a right to claim their recognizance of you, as an independent country, by the only satisfactory proof you can furnish of your capability of maintaining your independence, your wresting it from England with your own hands...

But on the day nothing went right.‭ ‬Not nearly enough men turned up and Emmet could not bring any order upon enough of those that did. The only blow struck was when Lord Kilwarden haplessly drove into the assembled crowd of insurgents and was hacked to death for his part in suppressing the 1798 Rising. This attack troubled Emmet greatly as he gave no orders for it. To him it was clear that at least a faction of those assembled would turn violent of their own accord and bring a bloody mayhem to the streets of the City rather than the ordered seizure of military points of importance around the Capital. Reluctantly that very night he called the enterprise off by the launching of a single rocket into the sky above Dublin. He immediately made for the Wicklow Mountains but returned to Rathfarnham some days later and went into hiding.

Notwithstanding the overall failure there had been some heavy fighting by armed insurgents against the British garrison in the Coome and scores of men died there,‭ ‬forcing the British back before the word was given to disperse. Around the City there were numerous smaller clashes and roads blocked. Amazingly Dublin Castle was caught completely on the hop and had no counter plan ready on the night. It was only the next day that they began to move and by that stage the insurgents had gone their separate ways. It was close run thing and the British had a lucky escape from having a full-blooded Insurrection on their hands.

Robert Emmet was arrested in Dublin on‭ 25 August of the same year. He was put on trail and sentenced to death.  At his trial he made a brilliant speech from the dock that inspired Revolutionaries both at home and abroad for years to come. He was executed the following day, 20 September 1803, at Thomas St. A huge crowd of onlookers and well wishers gathered to witness his final moments. The whereabouts of his last resting place remains unknown.