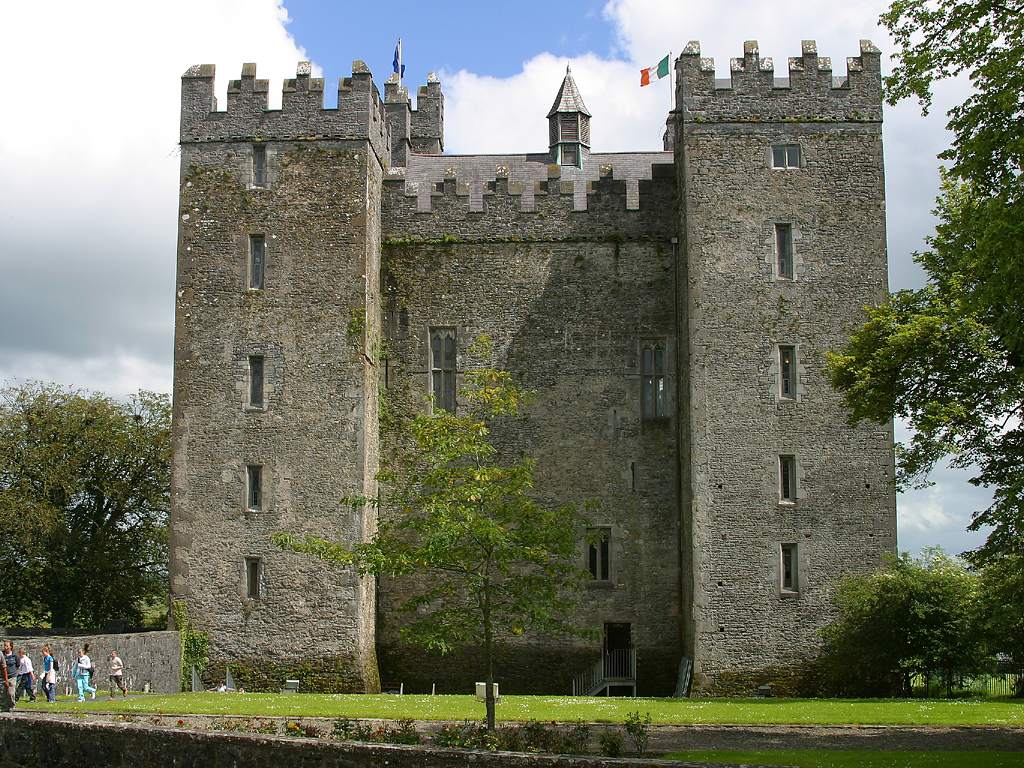 20 May 1311: The Battle of Bunratty/Bun Raite on this day.
Civil War raged in north Thomond (today's Co Clare) in the year 1311, a war that had been going on and off for decades as the O'Briens of that part of Ireland fought with one another to control their own territory. The chief antagonists at the time of this battle were King Dermot O'Brien[Clan Brien] and King Donough O'Brien [Clan Turlough].

The King of England's Justicar in Dublin was worried about the situation in Thomond and in May 1311 issued instructions that:

The war in the parts of Thomond between Richard Clare and Donatus Obreen, who calls himself prince of the Irish of Thomond, disturbs the peace throughout Ire. by its continuation. ORDER to prohibit Richard and Donatus from continuing that war and cause them to keep the peace for life.
Patent Roll 4 Edward II | CIRCLE
Which both sides ignored!

Donough O'Brien had the support of the Anglo-Norman DeBurghs of Connacht while Dermot O'Brien had the support of Anglo-Norman Richard de Clare based in Bunratty Castle.
The DeBurghs, led by William DeBurgh himself, invaded Clare to support their protégé and clashed with Richard de Clare's men near Bunratty Castle. While the DeBurghs won the tactical battle disaster befell them when William was taken prisoner and Donough O'Brien fled the field of battle as a result.

Lord William de Burgh was captured. On the day of the Ascension of the Lord lord john de Crok* was killed with many others in the battle of Bunratty with a great deal of booty given up in battle.
Annals of Ireland by Friar John Clyn
*He was deBurgh’s Standard bearer.

However the hapless Lord was most unfortunate as another account of this Battle relates:

A great hosting by William Burk into Mumha, against the Clarach;
and they gave battle to each other,
and the Clarach was worsted, and a great defeat was inflicted on him there.
William Burk was himself taken prisoner in the rere of his people, whilst he was following up the rout;
and although he was there taken prisoner,
it was he that had the triumph of that battle.
Annals of Loch Cé

None of this ended the War and even though King Donough was treacherously killed later that year and Dermot died in 1313 the dispute lingered on for many more years.