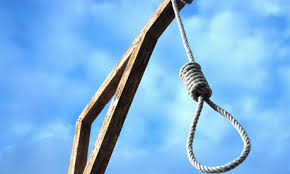 14‭ ‬March 1921: Six members of the IRA were executed in Dublin on this day. The men were hanged in Mountjoy Jail.

Paddy Moran and Thomas Whelan were hanged for actions they were said to have been involved in on Bloody Sunday in November‭ 1920.Paddy Moran‭ had previously fought in Jacobs Garrison in Easter Week 1916, under Thomas Mac Donagh. He had also been imprisoned in England. He was rounded up after Bloody Sunday in November 1920 and charged with involvement in shooting a British Officer dead. He strongly denied this but was sentenced to death by a British Court Martial.

Thomas Whelan was arrested in November‭ 1920 ‬and brought to Kilmainham Jail.‭ ‬He was then transferred to Mountjoy to await sentence. He was charged with the shooting of another British Officer on Bloody Sunday. He too strongly denied the charge. His mother went to Dublin during the trial which lasted several days, and was present outside Mountjoy on the morning of the execution. He sang ‘The Shawl of Galway Grey’ for her the night before he went to the gallows.

The four other men were hung for taking part in an ambush in the Dublin suburb of Drumcondra. Their names were Patrick Doyle,‭ ‬Bernard Ryan, Frank Flood and Thomas Bryan. As no British soldiers were killed in the ambush it was decided to charge the men with ‘with high treason and levying war against the King’ which obviously was no act of treason in their eyes.

Patrick Doyle‭ was a carpenter, married with four children and an active member of the Dublin Brigade. His brother Seán was fatally wounded at the Custom House 6 weeks later. One of Doyle’s infant twins died 2 days before his own execution.
Bernard Ryan was an apprentice tailor,‭ ‬and the only son of an elderly widow, with whom he lived with in Phibsborough. He was born and bred in Dublin, went to St. Gabriel’s N.S. in Cowper Street. He became a clerk in a city firm, and was the breadwinner for his family. Described as quiet and practical, he was renowned for his love of the Irish language.
Frank Flood was a very close friend of Kevin Barry’s,‭ ‬and was a student in UCD, which he attended under a scholarship. Prior to that he had been a student in O’Connell’s School, Dublin. He asked to be buried as close as possible to Kevin. He was a lieutenant in H Coy, First Battalion. He was the leader of the ambush. His brother Alfred J. Flood became a Deputy Commissioner in An Garda Síochána.
Thomas Bryan was an electrician and married just four months before his arrest.‭ ‬In 1917, he took part in the hunger strike in Mountjoy in which Thomas Ashe died. After that he spent time in Dundalk Prison. He was active in the War for Independence before he was captured.
A fifth prisoner charged,‭ Dermot O’Sullivan, had his sentence commuted to Life Imprisonment, as he was just 17 years old.‬

March‭ 14 ‬was a day of public mourning in Dublin; all business was suspended until 11 am. Before dawn crowds began to assemble outside Mountjoy Jail; sacred pictures and candles were set up in the streets and around these about twenty thousand people stood, praying and singing hymns. When the bells tolled at six o’clock for two executions, again at seven o’clock and again at eight, the people fell on their knees to pray for the dying; their emotions of grief and anger were overpowering. An impression remained which nothing could efface.
The Irish Republic
By Dorothy Macardle