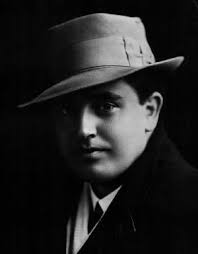 16 September 1945 –Count John McCormack, the great Irish Tenor died at his residence, Glena, Booterstown, Co. Dublin on this day. His remains were interred at Deansgrange cemetery. Born in Athlone in 1884 he went to Italy in 1903 to perfect his voice and enjoyed huge International success touring England, Australia, America and elsewhere. He became the most celebrated lyric tenor of his day. Famous for his extraordinary breath control, he could sing 64 notes on one breath in Mozart's Il Mio Tesoro from Don Giovanni, and his Handelian singing was just as impressive in this regard. He also made many popular recordings including It’s a Long way to Tipperary, The Wearing of the Green, The Ministrel Boy and The Last Rose of Summer.


He became a naturalized US Citizen in 1917 but returned to Ireland in the 1920’s. His last professional performance was in London at the Royal Albert Hall in 1938. He is best remembered at home though for his magnificent performance of César Franck's Panis Angelicus to the hundreds of thousands who thronged Dublin's Phoenix Park for the 1932 Eucharistic Congress. Pope Pius XI made him a Count of the Church in 1928.


His last professional performance was in London at the Royal Albert Hall in 1938. During the War he gave Concerts gratis for the Red Cross in Britain but had to stop in 1942 due to failing health. He moved back to Dublin and eventually settled in Booterstown. As his end approached he wrote in his Diary the folowing words:


I live again the days and evenings of my long career. I dream at night of operas and concerts in which I have had my share of success. Now, like the old Irish Minstrels, I have hung up my harp because my songs are all sung.