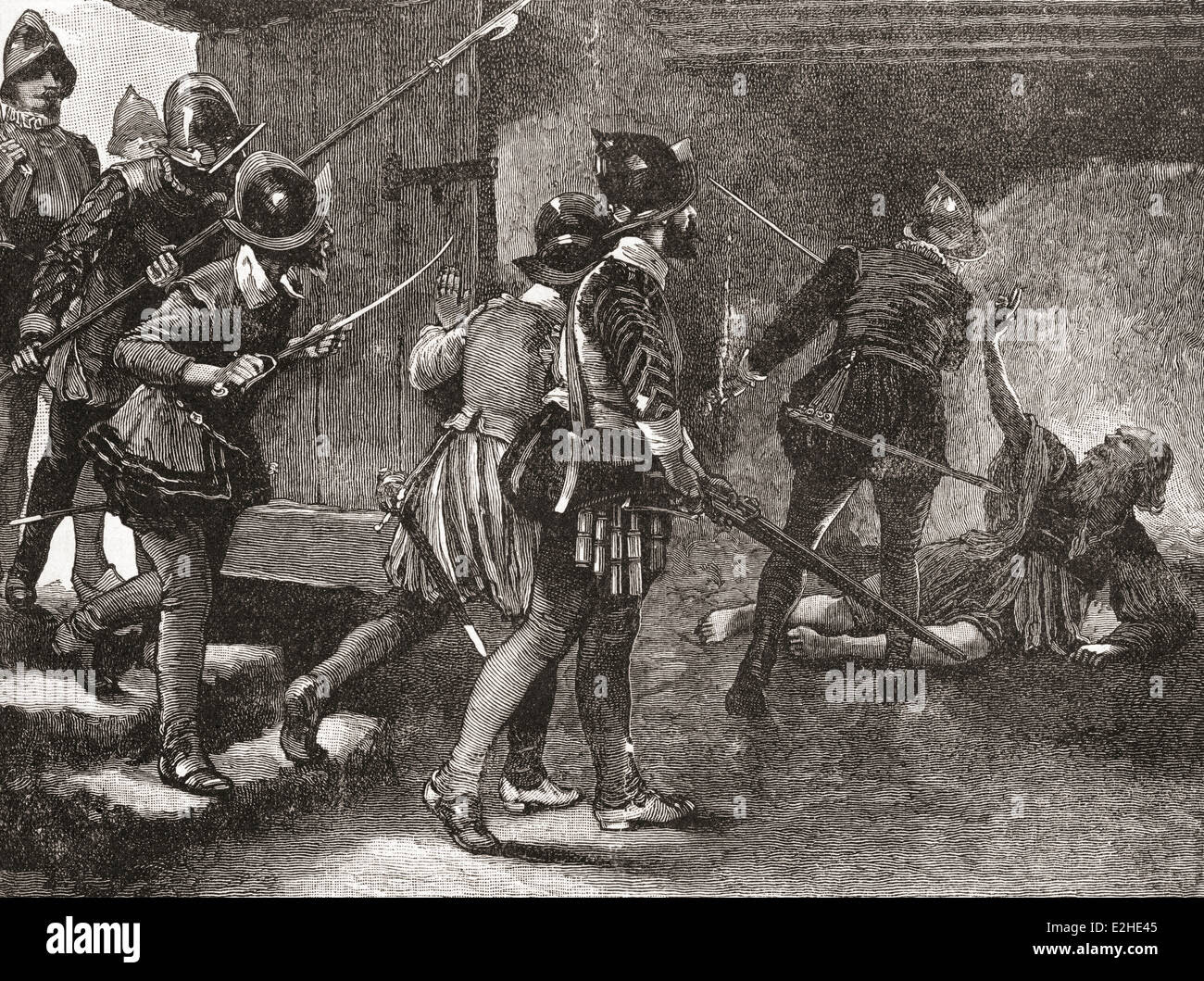 11 November 1583: The death occurred in a skirmish of Gerald Fitzgerald the 15th Earl of Desmond on this day. One of the Great Earls of Ireland Gerald Fitzgerald inherited his vast estates in the southwest when he succeeded to the earldom in 1558. He at first was friendly with the Butler family who held the Earldom of Ormond as they were related by marriage. However he fell out with them and in 1565 he fought a pitched battle against Thomas Butler at Affane in which he was wounded and captured. Detained in England as a result of this personal affray his control of his estates slipped away. His cousin James Fitzmaurice Fitzgerald then led an open revolt against the English and Protestant encroachment of the lands held by the Fitzgeralds. In this enterprise the captured Earl’s brothers also took part. Allowed to return home in 1573 Gerald Fitzgerald soon went into open warfare against the Crown but submitted in late 1574. The years following were relatively peaceful but when his cousin James Fitzmaurice arrived back from the continent in 1579 with a small expeditionary force the delicate situation was upturned once again. The Earl dithered over what to do and the English suspected him of playing a devious hand in his cousin’s adventure. However on being attained in November of that year his hand was forced and he reluctantly led an uprising that was to lead to much bloodshed and terrible famines.


Out of every corner of the woods and glens they came creeping forth upon their hands, for their legs could not bear them. They looked like anatomies of death; they spake like ghosts crying out of their graves; they did eat the dead carrions, happy where they could find them; yea, and one another soon after, insomuch as the very carcasses they spared not to scrape out of their graves. And if they found a plot of watercresses or shamrocks, there they flocked as to a feast for the time…


The English, with more financial resources to field armies and bribe and cajole the local chiefs slowly gained the upper hand. Eventually the Earl was reduced to just a small band of sorry followers when he was cut down in a minor skirmish against a raiding party of Moriartys at Glenagenty, 5 miles east of Tralee off the Bóthar an Iarla. His last hiding place “Teach an Iarla ” can still be seen cut into a glen in the heart of the Sliabh Luachra mountains near the source of the river Blackwater. His title, along with the enormous estates of his family, were forfeit to the English Crown. Thus was extinguished one of the great Houses of the Anglo-Irish Lords who had dominated much of the south west of Ireland for over 200 years and that traced lineal descent back to one Maurice Fitzgerald who had accompanied Strongbow himself in the original Conquests of the late 12th Century.