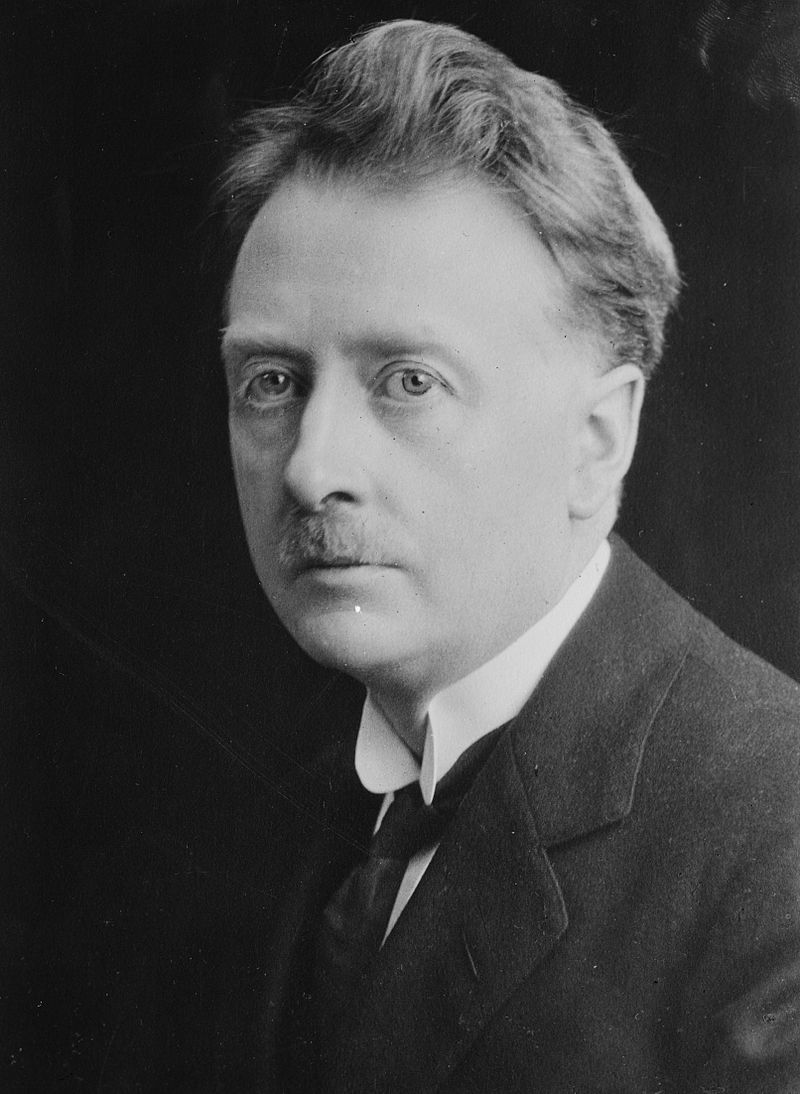 16 November 1965: The death occurred of William Thomas Cosgrave, 1st President of the Executive Council of the Irish Free State on this day. He became Head of the Provisional Government following the deaths of Arthur Griffith and Michael Collins in August 1922. Born in Dublin in 1880 and educated by the Christian Brothers he joined Sinn Fein in 1905. He was elected to Dublin City Council in 1909 and joined the Irish Volunteers in 1913 and was actively involved in the 1916 Easter Rising. He was sentenced to death but this was commuted to Life Imprisonment and he was interned in Frognoch Camp. In 1918 he was elected in a bye-election for Kilkenny and in January 1919 took his seat in Dáil Éireann. He was appointed as Minister for Local Government but had only a political role during the War of Independence. When the Treaty was debated in the Dáil he voted in favour of accepting its terms and sided with those who were prepared to implement its conditions across the Irish Free State. On succeeding to the position of President he was ruthless in crushing armed opposition by the IRA to the Treaty. He implemented a series of official executions and the rounding up of suspected political opponents. In the spring of 1923 the Civil war fizzled out as the effects of repression and the lack of support for violent opposition to the new State became apparent.


Once the War was over Liam Cosgrave was able to focus on building an Irish State that could show the World and Britain in particular that the Irish could govern themselves in an effective manner. He had some success here and he established the Irish Sugar Company and the Electricity Supply Board as well as the Agricultural Credit Corporation. He also exercised a prudent control over State’s Finances that paid dividends in ensuring that the balance of payments deficit was kept within limits.


However it was in the political sphere that Cosgrave had the most to contend with and here he had more mixed results. He formed a new Party in 1923 called Cumann na nGaedhael but in the same year he had limited results in a General Election though he held on to power. He gave up any claim to the North following the Boundary Commission fiasco in 1925 in return for a financial agreement with Britain. He also had to deal with a recurrent low intensity campaign by the IRA and widespread political agitation by Republicans in general. The biggest post Civil War Crises he had to face was the assassination of Kevin O’Higgins in 1927 and that almost led to truly draconian measures being introduced. This was averted by Mr De Valera leading FF into Leinster House in September of that year and taking the Oath under protest. Cosgrave then narrowly avoided being forced to relinquish power to his new Parliamentary rival but survived as a result of the Mr Jinks affair.

A general election was not necessary until the end of 1932. However Cosgrave called one for February of that year. There was growing unrest in the country and a fresh mandate was needed for an important Commonwealth meeting in the summer.


In the event Cumann na nGaedhael lost it and Dev took over. Cosgrave then became the Leader of the Opposition. In 1933 three groups, Cumann na nGaedhael, the National Centre Party and the Army Comrades Association came together to form a new political force – Fine Gael. Cosgrave was retained as the head of the Party in the Free State Parliament but was given overall control when Eoin O’Duffy was persuaded to step down as President of Fine Gael. He then led the Party until 1944 when he retired from politics alltogether and he never held Office again.