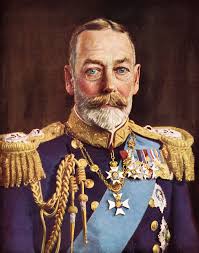 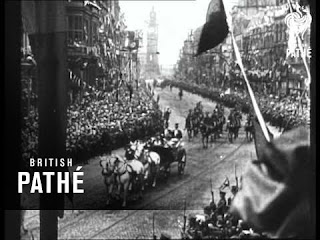 The genesis of the division lay in the Ulster Unionists opposition to the establishment of a Home Rule Parliament in Ireland. Their campaign against it dated back to 1886 when the British Prime Minister Gladstone had first brought a Bill before the British Parliament for its introduction. The bill was defeated and while it passed the House of Commons in 1893 it fell in the Lords.

However in 1909 the House of Lords had blocked the introduction of the Budget brought in by the Chancellor of the Exchequer David Lloyd George. The British Government then brought in legislation to limit the power of the House of Lords to block a Bill passed by the Lower House to two parliamentary sessions and no more. This momentous change meant that sooner or later a new Home Rule Bill was bound to be passed and implemented.

In 1912 the Ulster Unionists organised themselves in para-military formations under an organisation known as the Ulster Volunteer Force (UVF). Armed with weapons from Germany and Austria-Hungary they defied British Government attempts to introduce Home Rule for all of Ireland. The outbreak of the Great War stymied a looming Civil War situation and while Home Rule was passed in September 1914 it was suspended for the duration of the War.

With the ending of the Great War the issue of where Ulster stood in relation to the rest of Ireland once again came to the fore. By that stage the Ulster Unionist Council had accepted the concept of Home Rule if the six northern counties of Antrim, Armagh, Derry, Down, Fermanagh and Tyrone were at least temporally excluded from its terms.

With the outbreak of the War of Independence in 1919 and the decline of British power throughout much of the Country the likelihood of a deal being struck between Unionists and Nationalists became more remote. On this basis the British Government decided to proceed with a plan to put before its Parliament a Bill to partition Ireland into two polities – Northern Ireland & Southern Ireland.

Consequently after the General Election of May 1921 in which unionist candidates won most of the seats in the Six Counties the formation of a northern State centred on Belfast was proceeded with. So it came about that King George V was dispatched to the Ireland to officiate at the opening of the Northern Parliament on 22 June 1921 in Belfast’s City Hall.

Addressing the members of the Senate and House of Commons from his throne he said:

"For all those who love Ireland, as I do with all my heart, this is a profoundly moving occasion in Irish history. My memories of the Irish people date back to the time when I spent many happy days in Ireland as midshipman. My affection for the Irish people has been deepened by the successive visits since that time, and I have watched with constant sympathy the course of their affairs.

"I could not have allowed myself to give Ireland by deputy alone my earnest prayers and good wishes in the new era which opens with this ceremony, and I have therefore come in person, as the Head of the Empire, to inaugurate this Parliament on Irish soil.

"I inaugurate it with deep-felt hope, and I feel assured that you will do your utmost to make it an instrument of happiness and good government for all parts of the community which you represent.

The subsequent Belfast Parliament sitting at Stormont became a bastion of Loyalist Rule until 1972 when it was prorogued by the British Government in the wake of serious inter communal violence. Today an assembly sits in its place in which both British and Irish public representatives share power at local level but on a continually shaky foundation.