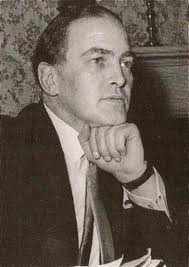 10 September 1966: Donogh O’Malley the Irish Education Minister announced a scheme for free secondary education on this day. His surprise decision that he would implement free secondary education up to Intermediate Level for all students caught both his political colleagues and opponents on the hop. He announced that from 1969 all schools up to Intermediate level would be free and that free buses would bring students from rural area to the nearest school.

O’Malley seems to have made this decision himself without consulting other ministers, however, he did discuss it with An Taoiseach Sean Lemass. Jack Lynch, who was Minister of Finance at the time had to find the money to pay for it, was certainly not consulted and was dismayed at the announcement.

In spite of this O’Malley’s proposals were hugely popular with the public and it was impossible for the government to go back on its word. O’Malley’s impromptu decision opened the way for free secondary education in the State that continues to this day. It was a watershed in Irish Education that changed Ireland forever.

O’Malley’s brilliant but flamboyant political career was cut tragically short when he was killed in a motorcar crash in 1968. He left a wife and two children behind him. He was a close colleague of Brian Lenihan and C. J. Haughey Had he lived he would undoubtedly have been a senior political player for many years more. His nephew Desmond O'Malley succeeded him as the TD for Limerick East.