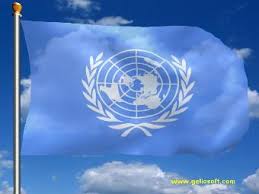 14 December 1955: The Republic of Ireland became a member of the United Nations. Liam Cosgrave as Minister for External Affairs negotiated the deal allowing the accession. There was a window of opportunity in late 1955 due to a slight thaw in relations between the West and the Soviet Union. Italy and a cluster of smaller states (incl. ourselves) were allowed entry in a quid pro quo deal. Cosgrave committed Ireland to a number of policy guidelines that would serve as markers on how our relations with this World Wide Organisation would be conducted.


These were: We pledged to abide by the UN Charter; that we would remain independent of any power blocs and that we would oppose Communism.


The foundation of the State’s approach to international peace and security is set out in Article 29.1 of the Constitution in which: "Ireland affirms its devotion to the ideal of peace and friendly co-operation amongst nations founded on international justice and morality".


The conditions, under which the Defence Forces may participate on overseas peace support operations, have been made very clear by the Government. In this regard, the conditions, which have been referred to as the “triple lock”, must be satisfied:


1. The operation must be authorized/mandated by the United Nations.


2. It must be approved by the Government


3. It must be approved by way of a resolution of Dáil Éireann, where the size of a Defence Forces contribution is more than twelve personnel.


Since then members of the Irish Defense Forces have served around the World on Peace keeping missions, sizeable contingents serving in the Congo, Cyprus, Egypt, the Lebanon and recently in Chad. Smaller numbers have acted as Observers throughout the Middle East and in the former States of Yugoslavia and elsewhere. Hundreds of Irish soldiers are currently deployed in south Lebanon and on the highly volatile DMZ between Israel and Syria.