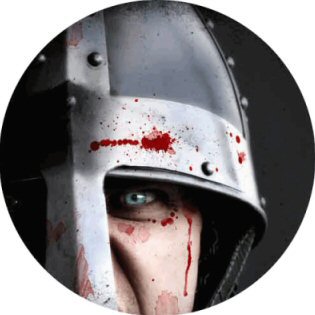 6 June 1333: The death by murder of William Burke 'the Brown Earl' of Ulster and the Lord of Connacht near Belfast while on his way to Carrickfergus.

The young Earl was only 21 years old. Far from being a callow youth he was already a very able and ruthless man. In November 1332, at Greencastle, near the mouth of Lough Foyle, he had his cousin Sir Walter Liath de Burgh starved to death. William had feared that his cousin Walter would be a threat to him after his defeat of the O'Connor's in 1330. Clearly a man of some ambition his foul murder of his own cousin was a bit too much even for that ruthless age. In revenge, Sir Walter's sister, Gylle de Burgh, wife of Sir Richard de Mandeville, planned William’s assassination.

William Burke, Earl of Ulster, was killed by the English of Ulster. The Englishmen who committed this deed were put to death, in divers ways, by the people of the King of England; some were hanged, others killed, and others torn asunder, in revenge of his death.

With his death the whole Anglo-Norman rule in the North began to unravel as the Burke/DeBurgo 'clan' fought amongst themselves over the division of the dead Earl's vast holdings. With the collapse of their power the first phase of the Conquest that had begun in 1169 came to an end. From then on until the Reformation the English Colony was to be basically on the defensive rather than on the offensive against the Gaels of Ireland.

No such blow had yet befallen the Anglo-Irish Colony. The whole De Burgo Lordship, which had reduced the proudest of the Irish to vassalage and had been the shield and rampart of the English interest in the north and the west, fell at one stroke. Released from a yoke which they alone could never have broken, the O'Neills and the O'Donnells were able to subject eastern and southern Ulster on the one hand, and DeBurgo's lordship of Sligo on the other. Within fifty years practically the whole province went back to the Irish order.

A History of Medieval Ireland