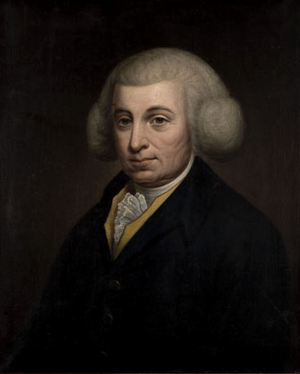 1 January 1710:Charles O'Conor Don/Cathal Ó Conchubhair Donn was born on this day. He was the foremost Gaelic Historian of the 18th Century and by his efforts he helped to preserve the ancient manuscripts and the History of Ireland against the encroachments of those who would see it as best forgotten. He was also a Man of Letters who corresponded far and wide with those with similar interests to himself.

Charles O'Conor was born in 1710, in County Sligo, to a cadet branch of the land-owning family of O'Conor Don and was sent for his education to Father Walter Skelton's school in Dublin. O'Conor was well known in Ireland from his youth, as a civil-tongued, but adamant advocate of Gaelic culture and history, who had suffered for his adherence to the Roman Catholic faith and was the locally-recognised Ó Conchubhair Donn, profoundly knowledgeable about Irish culture and history.

His collection of manuscripts and manuscript copies, annotated with his copious notes and comments, made up the first part of the Annals of the Four Masters were collected at the Stowe Library and at that time many of them were the only copies known to exist. In 1883 these were returned to the Royal Irish Academy in Dublin.

Perhaps his greatest contribution though was that of ensuring that the source & origin of Gaelic Culture was from Ireland and not in Scotland. This had been ascertained by certain Scottish writers as many parts of that Country did indeed have a similar culture to the native Irish one. He successfully countered this in his work Dissertations on the ancient history of Ireland (1753) - a work that drew the praise of no lesser figure than Samuel Johnson himself - a Scotsman and the most illustrious 'Man of Letters' in these islands in the 18th Century.

Charles O’Conor was much respected by the local people where he lived at Bellanagare/ Béal Átha na gCarr Co Roscommon situated near the ancestral lands of the kings of Connacht - the O'Connors. He owed this respect to his recognised direct descent from that line of Kings.

In his Tour in Ireland (1780) Arthur Young mentioned his visit to O'Conor:

At Clonells, near Castlerea, lives O’Connor, the direct descendant of Roderick O’Connor who was king of Connaught six or seven hundred years ago; there is a monument of him in Roscommon Church, with his sceptre, etc. I was told as a certainty that this family were here long before the coming of the Milesians. Their possessions, formerly so great, are reduced to three or four hundred pounds a year, the family having fared in the revolutions of so many ages much worse than the O’Niels and O’Briens. The common people pay him the greatest respect, and send him presents of cattle, etc., upon various occasions. They consider him as the prince of a people involved in one common ruin.

He was much respected by other Irish scholars. Dr. O'Donovan styled him "this patriotic and venerable gentleman.. who understood the Irish language well," a tribute to his exertions for the preservation of Irish manuscripts.

Mr. Wyse, in his History of the Catholic Association, says: "The entire object of his long life seems to have been to redeem it [his country] from the self-ignorance, the blind impolicy, the national degradation to which it had been reduced. In this lofty and noble vocation, no man ever put out, with more perfect abandonment of all unworthy motive, the valuable gifts which he had received."

He died at his beloved Bellanagare in July 1791 and left behind a legacy of historical scholarship and preservation that has stood the test of time. Without his efforts the study of ancient and early modern Irish History would be much the poorer.