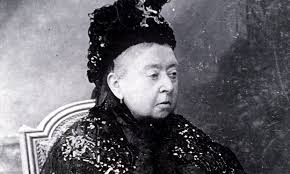 22 January 1902: The death of Queen Victoria on this day. She died at her Royal home at Osborne on the Isle of White, England. Her playboy son, Edward The Prince of Wales, Earl of Dublin etc, succeeded her as King Edward VII.

Her last visit in April 1900 was a three week affair and generally considered a success. On each of these visits she was greeted with great enthusiasm by large crowds of well wishers as well as idle curiosity seekers. However it would seem there was a direct correlation between those who welcomed her presence and those who held political and social power in this Country at the time. The Ascendancy, the Gentry, the Protestant Churches and the followers of those denominations were the most enthusiastic. Amongst the Catholics of Ireland her reception was more lukewarm but not actively hostile either, at least at a personal level. The ‘Castle Catholics’ and certain sections of the Hierarchy were eager to ingratiate themselves but most kept their distance or were there for appearances only.

While she had affection for the Irish People as individuals she never seemed able to comprehend Ireland’s desire to manage her own affairs. Though reasonably tolerant in religious matters she was a reactionary in politics, viewing for instance the members of the Irish Parliamentary Party as ‘low disreputable men, who were elected by order of Parnell.’ As regards the Repeal of the Union she opposed it on the grounds that to countenance it would be repugnant to her Coronation Oath.
Her death was greeted in Ireland with regret by some but indifference by most. The Victorian Era was not one in which Ireland’s lot had improved but if anything declined - while there was no doubt that the converse had happened in her Other Island.