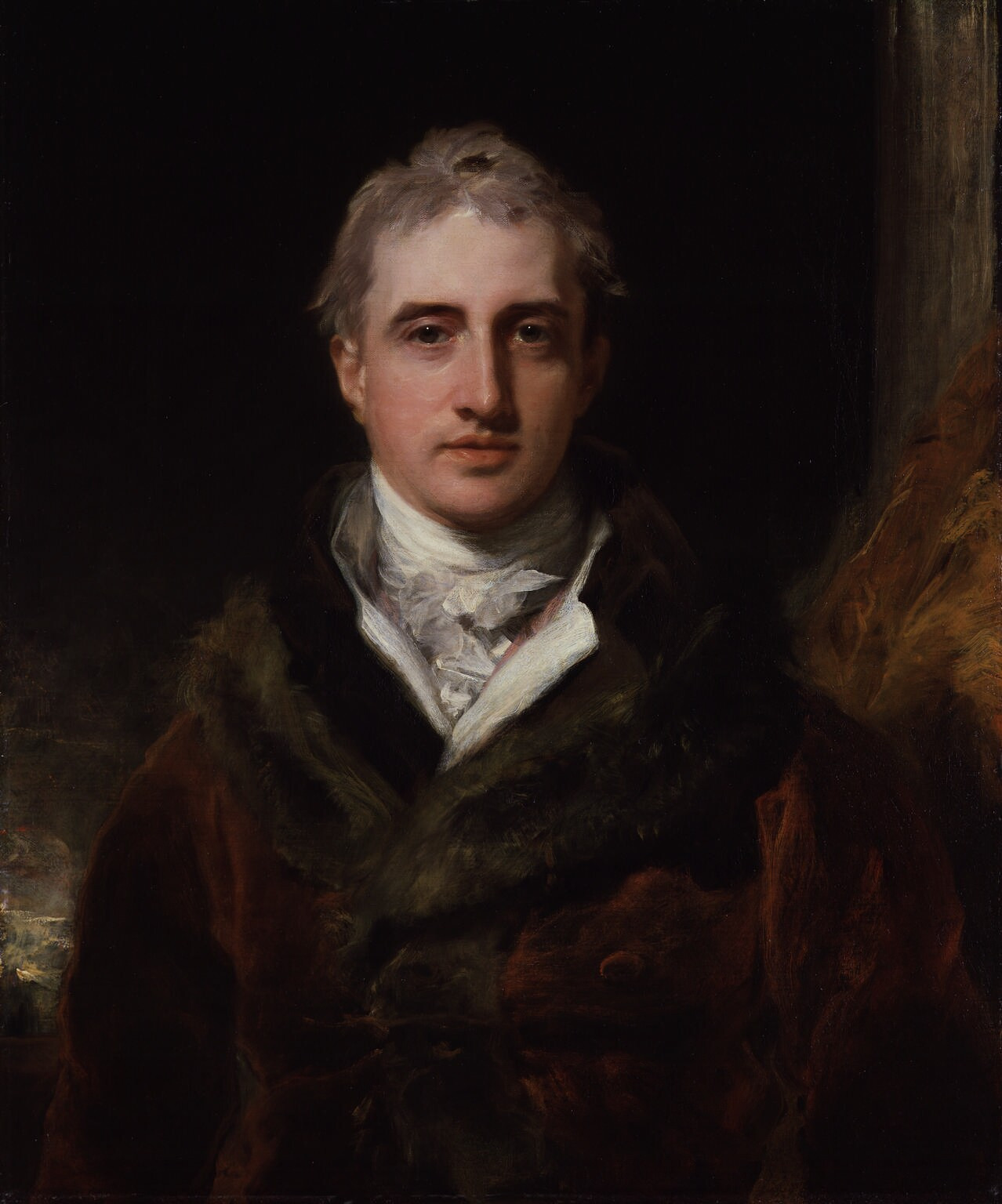 12 August 1822: The Death by suicide of Robert Stewart, Lord Castlereagh on this day. Born in Dublin in 1769 to a political family of wealthy Presbyterian stock, Castlereagh’s sympathies – in an era of awakening nationalisms – were for the Irish patriot cause. But a visit to revolutionary France in the early 1790s tempered his thinking. He now warned of the dangers for any nation to be placed “in the hands of experimental philosophers”. Castlereagh was not initially a counter-revolutionary, but a reformist keen on political progress (not least Catholic emancipation). However ambition meant he could never rise in politics with such an approach and the further he rose the more reactionary he became.

As Chief Secretary of Ireland during the 1798 Rising he oversaw its brutal repression and in 1800 was instrumental in ensuring that the old Parliament of Ireland voted itself out of existence by the use of threats, bribery and the use of Government placement to get the result needed. Even 20 years later, political cartoons would depict Castlereagh lurking around Westminster with a cat o’ nine tails behind his back.

But while a cold and calculating man there was no doubting Castlereagh’s great skills of diplomacy and the ability to form alliances against Napoleonic Rule on the European Continent. As chief secretary for Ireland from 1796 to 1800, colonial secretary from 1802 to 1805, war secretary from 1806 to 1809 and foreign secretary from 1812 to 1822 he was on top of his game dealing with those who he viewed as a threat to the established order.

While he took criticism of his politics with aplomb it eventually started to effect his internal stability and that combined with his ‘workaholic’ character led to a gradual and then noticeable decline of his mental faculties. Friends, political colleagues and his own family became ever more concerned for his well being.

He began suffering from paranoia, which could be attributed to the years of abuse by an angry citizenry and press, overwork, or even gout or VD. He imagined himself persecuted from every quarter and became irrational and incoherent. His devoted wife continued sleeping with him but removed pistols and razors from his reach and kept in close contact with her husband's physician, Dr. Bankhead, who had cupped him.

Three days before his death he met with King George IV, who became upset over Castlereagh's mental state, as did the Duke of Wellington, with whom he was close. Knowing that he was losing his mind, Castlereagh left London for Loring Hall, his country estate in Kent. The morning of his death he became violent with his wife, accusing her of being in a conspiracy against him. She left their bedroom to call the doctor. That was when her husband went to his dressing room with a small knife which he had managed to hide. He stabbed himself in the carotid artery. Just as Dr. Bankhead entered the room, he said, "Let me fall on your arm, Bankhead. It's all over!"

Not many liked him and indeed many hated him including some of England’s greatest poets.

I met Murder on the way – / He had a mask like Castlereagh– / Very smooth he looked, yet grim; / Seven bloodhounds followed him… one by one, and two by two, / He tossed them human hearts to chew.”