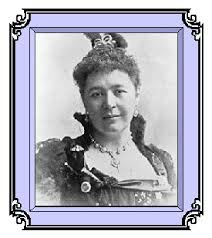 
Born Ishbel (Gaelic for Isabel) Maria Marjoribanks, she was the third daughter of the 1st Baron Tweedmouth and Isabella Weir-Hogg (daughter of Sir James Weir Hogg). On 7 November 1877 she married the Liberal politician the 7th Earl of Aberdeen (later the 1st Marquess of Aberdeen and Temair), in St. George's Church, St. George Street, Hanover Square, London.


Both were fervent Home Rulers, and they were aware of the imbalance between urban poverty and the new rural prosperity. Lady Aberdeen founded the Women's National Health Association which established playgrounds in the Dublin slums and a depot to supply milk to the city's sick children. The Association, also opened sanatoriums and organised exhibitions, which travelled round Ireland as part of an intensive campaign against tuberculosis.


The Aberdeens were keen to see the revitalisation of Dublin's inner city and they twice brought a Town Planning Exhibition to Dublin and organised a civic exhibition attended by all municipal and local authorities. Although well intentioned, the new town plan was never implemented. Lady Aberdeen, later wrote:


'If we could have persuaded some of the Cabinet Ministers to come across to see things for themselves, the result might have been different ... To turn from rural to the urban districts of Ireland would have surely convinced [them] that the housing conditions of the cities and towns of Ireland remained a blot and a menace, culminating in Dublin ... '


A keen feminist, she did not endear herself to the social establishment by her efforts to promote women's rights, democratic attitudes, and religious and ethnic tolerance. She caused a social scandal while in Canada when she joined her servants to take high tea. The Aberdeens were given a huge farewell on their departure from Ireland in 1915.

'The Earl and Countess of Aberdeen had a greater impact on Dublin society than any Vice Regal couple since the Clarendons - but for very different reasons. They inspired some affection and a great deal of ridicule in the nine years that they spent in Vice-Regal Lodge. There was something faintly ridiculous about their appearance, described by Leon O'Broin as:

"he bearded and small and polite, she disproportionately large, matronly and masterful."

Lady Aberdeen had a genius for getting things a little wrong, for meddling in matters that had nothing whatsoever to do with her and for an apparent inability to recognise rebuff....


However all recognised that she had a heart of Gold and a string dislike of Injustice in this World. If she had faults they were far outweighed by her qualities of organising and basically cajoling the powers that be to improve the lot of the ordinary people.


However while very well meaning the good Lady was not the most tactful of people in all situations:

Dining in Dublin Castle, at the time of Gladstone's first Home Rule Bill, [?] she remarked to Lord Chief Justice Morris:

"I suppose everyone but yourself is a Home Ruler here tonight."

"Not at all, Your Excellency", he replied frostily. "Barring yourself and the waiters there's not a Home Ruler in the room."


Áras an Uachtaráin
Posted by Columba Iona at 09:21