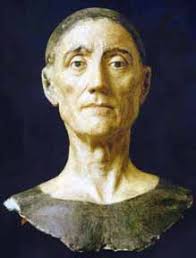 21 April 1509: The death of King Henry VII of England on this day. King Henry also held the title ‘Lord of Ireland’. This Country proved something of thorn in his side though. His archenemies in the House of York used here as a base to plot his overthrow. In 1487 the pretender Lambert Simnel (a boy) was crowned as ‘Edward VI’ in Christchurch Cathedral, Dublin. This movement had been greatly assisted by Margaret, duchess dowager of Burgundy, and sister of the late Edward IV, who could not endure to see the House of York supplanted by that of the Tudors. A fair sized expedition from Ireland was put together. It was defeated at the Battle of Stoke in England amidst much slaughter of the hired German Mercenaries and the Irish soldiers who formed the military backbone of the Force. The young Simnel was captured and pardoned. He was set to work in the Royal kitchens.


A second pretender, Perkin Warbeck had first appeared in Ireland in 1491 and had somehow been persuaded there to personate Richard, Duke of York, the younger of the two princes murdered in the Tower, pretending that he had escaped, though his brother had been killed. After many wanderings he returned to Ireland again in 1497 and from here landed in Cornwall with a small body of men. After a futile campaign he turned himself in. Imprisoned in the Tower he was eventually executed.


Henry relied a lot on the Anglo Irish magnates to hold or control Ireland for the Crown and none was more powerful than Gearoid Mór Fitzgerald, the 8th Earl of Kildare. The Earl however was an ardent supporter of the House of York. Too powerful to be ignored and too dangerous to be trusted he was in and out of favour with King Henry over the years. Sometimes he represented the Crown of England and at others he was imprisoned on charges of Treason. But he was never powerful enough to openly break with England and set himself up as a Monarch in his own right.


So while King Henry always had to factor in Irish affairs relative to his security upon the Throne of England he was a shrewd and ruthless enough Operator to act in time and with decision to ensure that Ireland never skipped beyond his grasp.
Posted by Columba Iona at 12:08