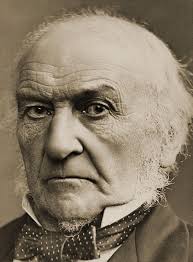 8 April 1886: British Prime Minister William Gladstone introduced the 1st Home Rule Bill in the House of Commons on this day. He did so with the intent of giving Ireland a limited control of her own internal affairs. His intention was to prove to the House that since the Act of Union in 1800 all efforts to govern Ireland through the Parliament at Westminster had failed, and to propose for that reason a system of governing her through a legislative body sitting in Dublin.


In a long and winding speech he outlined the historical background to Ireland’s grievances and the attempts by the Crown to suppress Discontent. All concessions had failed to satisfy the Irish and the reason was that they wished to govern their own affairs. He proposed a limited form of self Government or ‘Home Rule’ to resolve the issue.


These Coercion Bills of ours…are stiffly resisted by the Members who represent Ireland in Parliament.


Gladstone however was determined that any devolution of political power to an Irish Legislature:


Everything that relates to the Crown—Succession, Prerogatives, and the mode of administering powers during incapacity, Regency, and, in fact, all that belongs to the Crown. The next would be all that belongs to defence--the Army, the Navy, the entire organisations of armed force. I do not say the Police Force, which I will touch upon by-and-by, but everything belonging to defence. And the third would be the entire subject of Foreign and Colonial relations. Those are the subjects most properly Imperial, and I will say belonging, as a principle, to the Legislature established under the Act of Union and sitting at Westminster.

While he ruled out a separate Parliament for the North he stated that:

We propose to provide that the Legislative Body should not be competent to pass a law for the establishment or the endowment of any particular religion.

He concluded with the lofty words:

The best and surest foundation we can find to build upon is the foundation afforded by the affections, the convictions, and the will of the nation; and it is thus, by the decree of the Almighty, that we may be enabled to secure at once the social peace, the fame, the power, and the permanence of the Empire.


But for all Gladstone’s fine words his attempt to accommodate Ireland’s claim to legislate for her own affairs was to result in a political fiasco and the downfall of his own Government. Two months later to the day the Home Rule Bill was defeated in the Commons by 341 votes to 311. The Parliament was quickly dissolved, and elections were held in early July. Gladstone’s hopes were dashed—the Liberals won 191 seats, the Home Rulers won 85 but the Tories and Liberal Unionists won 317. With his very comfortable majority, Lord Salisbury formed a government, which remained in power until 1892.