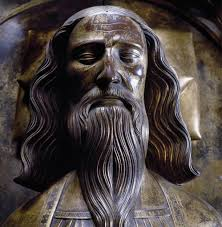 18 February 1366: The Viceroy of Ireland , Lionel Duke of Clarence summoned a Parliament at Kilkenny on this day. From this emerged in the following year the series of infamous ordinances that became popularly known as the ‘Statutes of Kilkenny’ and were designed to put a legal framework on the division of Ireland into two separate peoples: the English and the Irish. In fact it was one Statute and contained thirty-five articles of note.

It was officially entitled:

A Statute of the Fortieth Year of King Edward III., enacted in a parliament held in Kilkenny, A.D. 1367, before Lionel Duke of Clarence, Lord Lieutenant of Ireland

For instance if any man took a name after the Irish fashion, used the Irish language, or dress, or mode of riding (without saddle), or adopted any other Irish customs, all his lands and houses were forfeited, and he himself was put into jail till he could find security that he would comply with the law. The Irish living among the English were permitted to remain, but were forbidden to use the Irish language under the same penalty. To use or submit to the Brehon law [Gaelic Law] or to exact 'coyne and livery' [extractions and billeting of soldiers on households] was treason. The Irish game of Hurling was also banned - a game which is still played today - esp in Kilkenny!

The Statute of Kilkenny, though not exhibiting quite so hostile a spirit against the Irish as we find sometimes represented, yet carried out consistently the vicious and fatal policy of separation adopted by the government from the beginning. It was intended to apply only to the English, and was framed entirely in their interests. Its chief aim was to withdraw them from all contact with the "Irish enemies"--so the natives are designated all through the act--to separate the two races for evermore.

A Concise History of Ireland by P. W. Joyce

Lionel was the third son of King Edward III [above] and certainly was well placed to have the King’s ear on matters relating to how to rule over Ireland. Nevertheless the Duke of Clarence did not have much success in Ireland and these measures were more the result of desperation than the confident exercise of power by him. They were more an attempt to hold back the tide as the English Colony in Ireland continued to disintegrate and shrink in size and influence.

Bizarrely the noble Duke was not long to survive his sojourn in Ireland, some years later he died suddenly at Alba in the province of Piedmont in northern Italy while enjoying the comforts of his second wife, one Violante Visconti, daughter of the Lord of Pavia. He was probably poisoned by his father in Law in order to block the enormous Dowry he demanded as payment for marrying the man’s daughter!