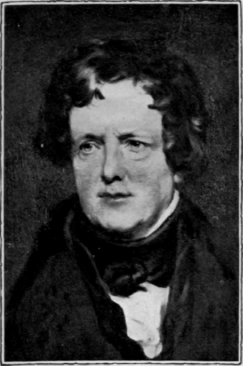 His warning to his fellow MPs came as the full force of the Famine was raging in Ireland.‭ ‬The terrible outcome of the successive failures of the Potato Crop threatened to overwhelm the relief efforts at home to alleviate the worst excesses of hunger and disease that were sweeping across most of the Country at that time.

His valedictory address in the House was almost inaudible and those assembled to hear what would clearly be his last speech before them strained to catch his softly spoken words.‭ Observers reflected that he was but a dim shadow of his former self. ‬He that on so many previous occasions had roused the House to heights and depths of emotions now struggled to exert himself so that his message of appeal could be heard and acted upon. He told the members that he had come to plead for the last time for Ireland. He made an accurate but terrible prophecy and that was:

Ireland is in your hands...‭ your power. If you do not save her she can't save herself... I predict... that one quarter of the population will perish unless you come to her relief.

He stated that if they did not come to help her he solemnly called on them to recollect that he predicted that such a calamity would come to pass.

But O’Connell knew that while he was paid a respectful deference due to reputation and status as a powerful orator and due to his visibly declining health,‭ ‬that the members of the House of Commons had but a limited interest in Irish affairs and that his heartfelt and sincere appeal fell on deaf ears. He remarked some weeks after this noble but doomed appearance that:

How different it would all be if Ireland had her own Parliament.

Daniel O’Connell died in Genoa on the 15 May on his way to Rome. His heart was sent on to the Holy City [and later disappeared!] and his body returned to Ireland where it was interred in Glasnevin Cemetery Dublin, which he himself had helped to found.