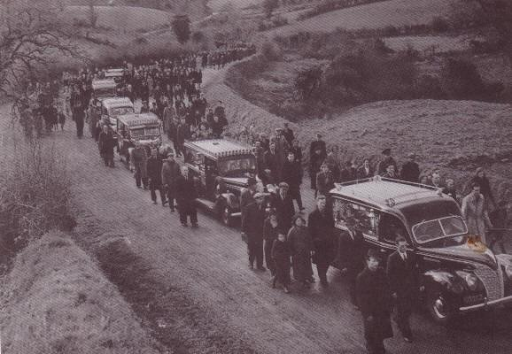 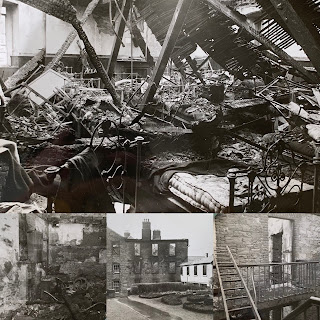 24 February 1943: Thirty five girls and their 80 year old cook were killed when fire swept through their dormitory at St. Joseph's Orphanage & Industrial School in Cavan Town on this day.

In the early hours the morning a fire broke out in the basement laundry of the Orphanage. The Institution was run by the enclosed order of Poor Clare nuns who were charged with the protection of the girls. The fire & smoke spread very rapidly and quickly took hold. Local people did their best to try and rescue those within. When entry was finally gained it was too late to reach many of the terrified screaming children trapped in the top floor dormitories.

The children who died were on the top floors of the building and on the night in question the three dormitories there contained 67 souls incl. 3 adults. On the next floor down there was one dormitory in which were 22 individuals incl.1 adult who all escaped the conflagration. In total 89 persons were present on the night in the actual Orphanage.

The local fire service was totally overwhelmed and by the time they had brought their inadequate equipment to bear the flames had taken hold, the roof had caved in and the building was soon firmly ablaze. Thirty five children and an elderly lay woman were burned to death when the roof of the building collapsed. The following day what remained of the thirty six bodies were recovered from the blackened ruins. They were put in just eight coffins and buried subsequently in a mass grave.

An Official State enquiry was held that reached the conclusion that in all probability the origin of the fire was a faulty flue in the chimney that set a clothes hanger on fire in the Laundry room and that those who died could have been brought to safety in time if they had been brought down to safety immediately instead of their supervisor going to get help & being unable to return to her charges before the smoke took hold.

Tribunal Of Inquiry Into The Fire

That the loss of life was caused by combination of circumstances, namely,

(a) fright or panic resulting in faulty directions being given;

(b ) want of training in fire-fighting, including rapid

evacuation of personnel and movement in smoke laden atmosphere

(c ) lack of proper leadership and control of operations;

(d) want of knowledge of the lay-out 'of the premises on the part of persons from outside;

(e) inadequate rescue and firefighting service at the proper time;

(I) the absence of light at a critical period

The children who died were: