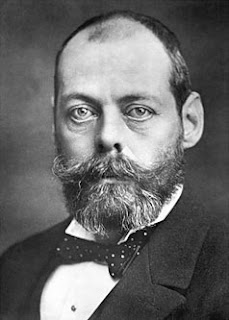 23‭ February 1886: Lord Randolph Churchill of the Conservative Party spoke at a meeting in Belfast in which he is said to have  uttered the phrase ‘Ulster will fight and Ulster will be right’

‭The Liberals had won the General Election the previous year but had not secured an overall majority. ‬Lord Churchill was anxious to undermine the rapport that had developed between the Liberal Party under William Gladstone and the Irish Parliamentary Party under Charles Stewart Parnell.‭ ‬They thus relied on Parnell to secure their hold on the House of Commons. The price for such support was Gladstone committing himself to bring forward a Bill for Home Rule for Ireland in the current session of Parliament.

Churchill was fundamentally opposed to Home Rule and planned to use his name in Ulster to give heart to those within the ranks of the Orange Order that were prepared to resist by any means the bringing in of such a measure.‭ He had written to a friend some days previously what his plan was:

I decided some time ago that if the G.O.M.‭* ‬went for Home Rule, the Orange card would be the one to play. Please God it may turn out to be the ace of trumps and not the two.

The revitalised Orange Order had sponsored meetings for all who were against Home Rule.‭ ‬It arranged the meeting in the Ulster Hall at which the main speaker was to be Lord Randolph Churchill himself. He gave, to a wildly enthusiastic audience, this slogan that was to become their rallying cry in the years ahead...

Thus began the close association between the Conservative Party and the Unionists in Ireland that was to such a feature of Anglo-Irish relations for decades to come. It should be noted though that he may not have actually uttered these words - but he never actually denied saying them either!

His more famous son Sir Winston Churchill was twice Prime Minister of Gt .Britain & led her to Victory in the Second World War.