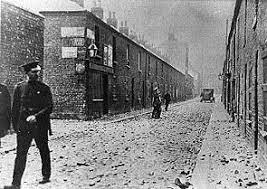 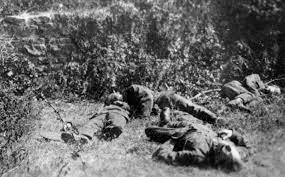 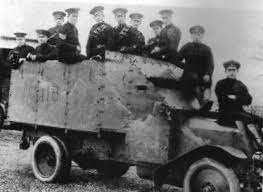 Sunday the 10th July 1921was a day of hope & prayer throughout Ireland following the announcement that a Truce between the IRA & the Crown Forces was due to come into effect the following day [Monday] at 12 noon sharp. It was hoped that the terrible & bloody events of the last two years would finally come to an end and Ireland would return to a peaceful state.

However in the City of Belfast there was tension in the air as the annual 12th July parades approached that was exacerbated by continuing armed clashes between the IRA & their opponents. The announcement of the Truce came as a shock to many supporters of the Crown that the IRA was in effect recognised as a legitimate Army. Many felt betrayed and that the rug was being pulled from under them.

On the Saturday night a patrol of the RIC had been attacked in Raglan St. as they attempted to raid a Nationalist area & a Constable had been shot dead with many more wounded. This incensed the ultra loyalist Ulster Special Constabulary in particular to engage in an orgy of violence in nationalist areas in the city that were supported by Orange mobs going on the rampage in a kind of symbiotic meeting of minds. The Catholics struck back  & they inflicted casualties on both the innocent & guilty alike in turn. Over a thousand  people had to flee their homes [the vast majority Catholics] and some 160 dwellings were left gutted [again the vast majority Catholic occupied]. By the time things quietened down on the afternoon of the 11th there were twenty one  people dead thus giving it the dubious honour of being the bloodiest bout of sectarian violence in the City’s long and bloody history.

Meanwhile violence continued else where in Ireland and while contrary to myth there was no concerted effort to kill supporters of the British Crown whether military, police or spies because a Truce was in the offing there were a number of incidents some of which proved to be quite controversial. Perhaps the most notorious one being the shooting dead of four British soldiers just outside Cork City by local volunteers at a place called  Ellis’ Quarry. They had been captured in Mufti while out on a walk and apparently oblivious that they were still in danger until the Truce actually began the next day. Their foolhardiness cost them their lives and they were executed as enemy combatants. The night before an IRA volunteer had been taken from his bed in the City and found shot by a wayside, so presumably this action was a revenge operation by some at least in the Cork Brigade.

There were numerous violent incidents elsewhere in the Country that day with the most serious armed clash between the IRA & the British Army taking place at Castleisland Co Kerry. It had been decided by Kerry No 2 Brigade that they would ambush a curfew patrol drawn from the North Lancashire Regiment in the town. This went awry when a shot was discharged prematurely and in the ensuing gunfight 3 members of the IRA and four British soldiers were shot dead right on the eve of the Truce. In all some 34 people died violently throughout Ireland that day making it the deadliest 24 hours in the Irish War of Independence.