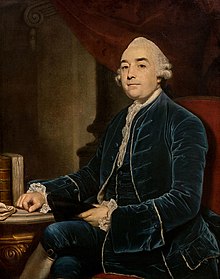 2 May 1737: The British Prime Minister William (Petty) FitzMaurice the Earl of Shelburne was born on this day. He spent his childhood "in the remotest parts of the south of Ireland," and, according to his own account, when he entered Oxford in 1755, he had "both everything to learn and everything to unlearn".

He left Oxford in 1757 without taking a Degree. he served in British Army during Seven Years War. He fought in the expedition to Rochefort and  saw action at the battles of Minden and Kloster Kamp. He was a senior Whig who was the Home Secretary in 1782 and then Prime Minister from July 1782 to April 1783. It was Shelburne's ministry that concluded the peace treaty with the American states, after Rockingham's acknowledgement of the colonies' independence. Shelburne faced opposition from Charles James Fox and Lord North and in March 1783 tendered his resignation, which was accepted. He retired to his estates and never held office again.

He continued to hold a seat in the House of Lords until his death in 1805. His tenure as PM was of a short duration but he succeeded in securing peace with America and this feat remains his most notable legacy.

Recent genealogical research would indicate that Catherine, Duchess of Cambridge, (Kate Middleton) is a distant descendant.