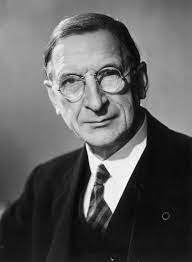 30 May 1951: A General Election was held in the Irish Republic. The 1st Inter-Party Government under John A. Costello was defeated and Eamon De Valera was elected once again as Taoiseach.
TDs returned:
Fianna Fáil (Eamon de Valera): 69
Fine Gael (Richard Mulcahy): 40
Labour (William Norton): 16
Clann na Talmhan (Michael Donnellan): 6
Clann na Poblachta (Seán MacBride): 2
Independents: 14
The general election of 1951 was caused by a number of crises within the First Inter-Party Government, most notably the Mother and Child Scheme. While the whole affair, which saw the resignation of the Minister for Health, Noël Browne, was not entirely to blame for the collapse of the government it added to the pressure between the various political parties. There were other problems facing the country such as rising prices, balance of payments problems and two farmer TDs withdrew their support for the government because of rising milk prices.
The election result was inconclusive. Fianna Fáil's support increased by 61,000 votes, however, the party only gained one extra seat. The coalition parties had mixed fortunes. Fine Gael were the big winners increasing to forty seats. The Labour Party patched up its differences with the National Labour Party and fought the election together but in spite of this the party lost seats. Clann na Poblachta were the big losers of the election. Three years earlier the party was a big political threat, but now the party was shattered.
Fianna Fáil had not won enough seats to govern alone. However, the party was able to form a government with the support of Noël Browne, the sacked Minister for Health, and other Independent deputies.
De Valera was to stay in power for another 3 years until he lost to another Coalition headed by Fine Gael and Labour
Posted by Columba Iona at 04:48