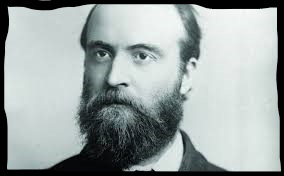 2 May 1882: Charles Stewart Parnell , the Leader of the Irish Parliamentary Party was released from Kilmainham Jail in Dublin on this day. He was let go under the terms of what became known as the ‘Kilmainham Treaty’.

Parnell had been incarcerated there on the personal orders of the British Prime Minister Gladstone back in October of the previous year. The Irish Leader had vehemently opposed Gladstone in his attempts to implement the 2nd Land Act that was meant to alleviate the rent many Irish people had to pay to rapacious Landlords. Parnell felt that it did not go far enough and roused the people to resist it. Agrarian unrest spread through much of the countryside and ‘Captain Moonlight’ ruled the hours of darkness - that is by night the laws of the British ceased to operate in many of the villages and fields of Ireland.

Under the terms of the ‘The Kilmainham Treaty’ the British Prime Minister agreed that rent arrears due from some 130,000 tenants would be dropped and 150,000 leaseholders would be allowed the benefits of the 1881 Land Act. In return Parnell agreed to ‘co operate cordially for the future with the Liberal Party in forwarding Liberal principles and measures of general reform.’

It was seen as a triumph for Parnell as it made him the undisputed Leader of Nationalist Ireland and by daubing the agreement a ‘Treaty’ he gave people at home the impression that Ireland and Britain could negotiate as two recognisably separate political bodies - in other words as Nation to Nation.