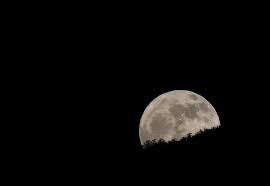 May 23-4 1798: The outbreak of the United Irishmen Rising on this day. Overnight mail coaches were attacked on the roads to Dublin to signal the start of revolutionary action. In order to give some degree of co ordination it was agreed that the ‘Rising of the Moon’ would be the hour to strike the coaches.

In the City itself attempts to trigger an outbreak were thwarted as the British Army moved to seize strategic assembly points and thus nip things in the bud. Small crowds of men had set out from the poor districts of the city of Dublin to seize the Castle and other key public buildings. Agents of the Crown had infiltrated their revolutionary organization, the United Irishmen, and had already arrested several of their key leaders, Lord Edward FitzGerald being the most important of them. The Militia mobilized before the insurgents could assemble in large groups and what their leaders had hoped would be an almost bloodless coup turned into a debacle.

Outside the City though the insurgents fared better and many gathered in rural areas of County Dublin as well as southern County Meath, northern County Kildare and northern and western County Wicklow. These groups attacked towns and villages in their respective localities and stopped and destroyed some of the mail coaches that were making their way out to the provinces.

On the 23rd of May, Dublin was placed under martial law; the citizens were armed, the guard was trebled, the barristers pleaded with regimentals and swords, and several of the lamplighters were hung from their own lamp-posts for neglecting to light the lamps. The country people were prepared to march on the city, but Lord Roden and his Foxhunters soon put down their attempt. The next morning the dead were exhibited in the Castle-yard, and the prisoners were hanged at Carlisle-bridge.[now O’Connell Bridge] Sir Watkins Wynn and his Ancient Britons distinguished themselves by their cruelties.